Wargrave fight back but lose on penalties 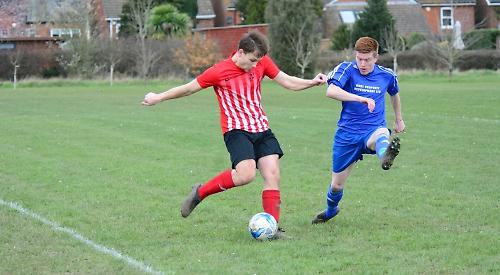 The hosts continued to be the better side for the first 20 minutes but then Richings played themselves back into the game, scoring two goals to take a 2-1 lead.

Wargrave kept pushing for an equaliser and just before half-time Wild made it 2-2.

Both teams had chances to win the game in the second half with both teams hitting the woodwork but neither team could score a winner and so the game went into extra time.

No goals were scored in an open first half but, with 10 minutes to go after the restart, Richings got their noses in front.

Then, with six minutes left to play, the visitors scored again to seemingly put the game to bed.

But Wargrave didn’t quit and a minute later they pulled a goal back when Stuart Moss assisted Sam Wild who raced through and slotted home for his third.

Two minutes later Wargrave equalised after great work from Joseph Danelian and a strong finish from George Hepburn set up a penalty shoot-out.

Richings ended up winning 4-2 on penalties.