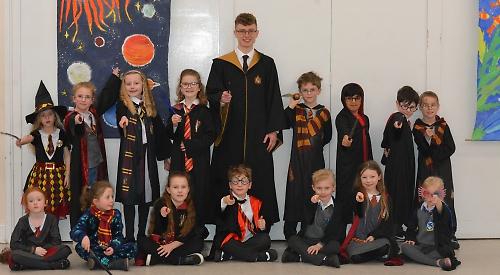 Around 180 children across the junior and infant schools in Wargrave took part in the World Book Day celebrations.

Elaine Hughes, head of the infant school, joined in with the fun by dressing up as Mary Poppins.

She said: “World Book Day is about encouraging a love of reading. Each class are focussing on a different text.

“We didn’t go with a brief this year, so the children could dress up as whatever they wanted. We don’t want to put too much pressure on the parents.

“We are such a literate society and reading unlocks so much and can help you in different ways.”

This year, the school also incorporated art into the day, with each class making something to reflect the book they have studied. This included James and the Giant Peach and Green Eggs and Ham.