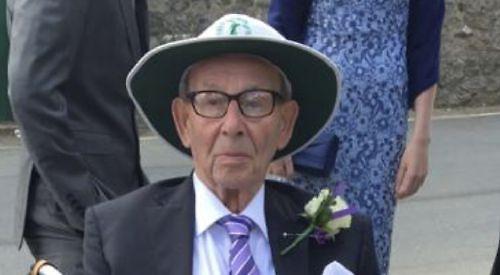 ONE of Berkshire’s leading sports figures has died at the age of 89.

John Methold was a key figure in Berkshire rugby in the Sixties and Seventies and was involved in many sports clubs and charities throughout his life.

Born in Worthing in 1930, he went to Eltham College as a boarder and during the Second World War he was evacuated to Taunton.

John followed his father Cyril into insurance for the Royal Exchange and, after several moves, finally settling in Charvil.

He married Elizabeth Rosemary Seel (Betty) in 1958 and they had twin daughters, Alison and Rosemary, and later a son, Neil.

Tragically, in July 1977, John and his family’s life took a very different turn when Betty was diagnosed with terminal cancer and died four days later.

John retired in June 1985 after 37 years as sales manager at Guardian Royal Exchange.

The following year he remarried. to Charmian, and they moved to Wargrave, where they spent many happy years together travelling the world, which was their passion.

One of John’s proudest moments was the graduations of his three children and later his grandchildren Matthew, Adam, Tim and Andrew.

Sadly, he will not be able to attend Sam’s upcoming graduation.

He would also be equally proud of his great grandsons, Freddie, Benjamin and William, but, sadly, due to dementia, he was not able to enjoy them as he would have liked.

During this life John was able to follow his love of sport, especially rugby and cricket.

He was a rugby referee and was regularly seen around the circuit officiating at matches involving local clubs, including Redingensians (now known as the Rams) and Henley.

He is recalled as being one of the best local referees at that time.

When he retired from rugby John became treasurer of the Redingensians. He continued in this role for a number of years, faithfully allocating much sought-after Five Nations international tickets by involving his children in helping to draw the lucky winners out of a ballot box.

Rosie, in particular, remembers helping her dad to write the addresses on the envelopes for the many letters and tickets sent out by post. She was paid 1p per envelope for her efforts.

John was also honoured to become chairman of the Referees Society and president of the Berkshire Rugby Football Union.

In the Eighties John took up outdoor bowls and became an active member of Wargrave Bowls Club and, later, indoor bowls too.

He played at Whiteknights Indoor Bowling Club two or three times a week during the winter season. Charmian also enjoyed bowls and the couple played together for a good few years. During this time, John organised many successful bowls tours for the Wargrave club in the South of England and further afield and he had many happy memories of these times.

Throughout his life, he maintained his interest in cricket at all levels and was particularly proud to be a member of the MCC at Lord’s for more than 40 years.

He regularly went to Test matches there to support England.

John also had a strong sense of community and in the Sixties, Seventies and Eighties was a member of Henley Round Table, the 41 Club and the Loddon Vale Rotary Club.

He supported many charitable events and made many lifelong friends this way.

John was also a regular visitor to Henley Royal Regatta and a member of Phyllis Court Club in Henley.

He died at Bridge House nursing home in Twyford on April 21.

His family are grateful for the care and compassion shown by the home’s staff in John’s final years.