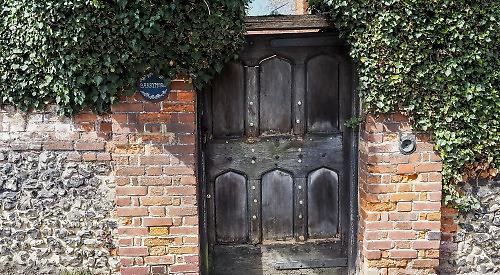 THE houses in Garrick Mews, Wargrave, are built on the site of a theatre built in 1788.

This was an extravagant project by Richard Barrymore, 7th Earl of Barrymore, which employed the finest actors and attracted celebrity guests, including the Prince of Wales, later George IV. Some say that villagers could attend performances free of charge.

The terrace of cottages are sometimes referred to as the “Barracks” and were originally built as one long building to accommodate visitors to the theatre, with women upstairs and gentlemen on the ground floor. The facilities were evidently rather basic, hence the nickname.

Just a few paces away opposite the bottom of Wargrave Hill is a house with number six on its oak gate, the remains of a bell pull used to summon a servant and the nameplate “Barrymore” after the earl, who lived there from 1787 to 1793. There is said to be an underground tunnel connecting the house to his theatre.