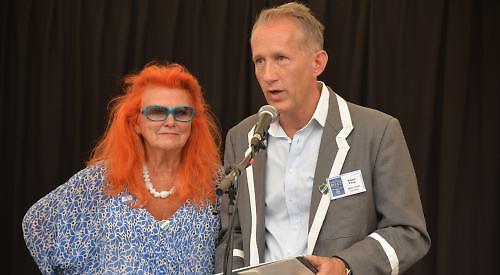 A BOAT enthusiast has criticised a decision to refuse him planning permission to house a collection of vintage vessels in Henley.

Businessman Adam Toop bought a boatyard off Wargrave Road from Hobbs of Henley more than a year ago.

He wants to use the 0.5-hectare site to keep almost 40 restored Thames craft in the building and applied for permission to extend the ground and first floor and raise the roof in November.

However, Wokingham Borough Council, the planning authority, has refused planning consent, saying the development would be “inappropriate” due to the boatyard’s position in the green belt.

It said: “The proposal would have a greater and detrimental impact on the openness of the green belt by reason of the intensification of the use, increase in built form and resulting prominent urbanising development.

“No very special circumstances exist to outweigh this harm or justify the development.”

Mr Toop, who is co-chairman of the Thames Traditional Boat Festival, which is held annually in Henley, accused the council of several administrative errors during the process.

These included people being unable to comment on the application to express their support, a letter from the Environment Agency being uploaded after the decision was made and the council wrongly stating that Mr Toop had not received pre-application advice.

The businessman, who built his career in the telecommunications industry, said: “I imagine general unhappiness and upset are common themes among recipients of failed planning applications.

“That said, I feel considerable disappointment is not without good foundation.

“While the process itself has been beset with several problems, including supporters being locked out of the planning portal for days at a time and therefore prevented from recording their letters with ease, the most significant issue has been a discernible lack of engagement.

“This culminated in a key letter from the Environment Agency dated November 16 not being copied or shared with us until it was finally uploaded to the council’s website, along with confirmation of the refusal, on or about December 22. Other important documents, including the landscape officer’s consultation response, were similarly held back until the decision to refuse permission was published.

“The letter from the Environment Agency is key. Importantly, it contains suggestions and requirements that we would have been both happy and readily able to comply with had the letter been shared with us on a timely basis.”

He said that a number changes to the initial designs were made as a result of the pre-application advice he received from the council, including reducing an increase in the overall floor area and the size of a proposed workshop, removing retractable canopies to the moorings and screening parked cars from the river with a hedge.

Mr Toop said the planning officer who refused permission had asserted the application represented a change of use but he was “entirely confident” that he could prove this was incorrect.

He said: “One does not have to work too hard to demonstrate that storing and maintaining boats on a site that has been used for this purpose for more than 120 years upholds the key theme of continuation.

“I am not a developer with a financial upside to this proposal. It is instead a scheme with wholly transparent, well-intentioned objectives that has been very warmly welcomed by individuals and organisations passionate about the restoration and preservation of classic boats along with fostering the prerequisite artisan skills.”

Mr Toop, who lives in Richmond and owns a property in Wharfe Lane, Henley, had been searching for a home for the Rose Toop Collection for about 10 years.

The collection is a partnership with Penny Rose, from Lower Shiplake, who is also a vintage boat enthusiast.

Mrs Rose began acquiring and restoring boats in the late Sixties and she and her late husband William were honoured in 2007 by the National Transport Trust for their commitment to preserving the river’s boating history.

There are currently 37 boats in the collection with examples from the “Golden Age” of Thames leisure boating from around 1880 to 1940.

The boatyard would operate on a not-for-profit basis and Hobbs of Henley would continue to use about one-third of the site, which has been leased back to the boat hire firm.

The boats would not be on public display but recognised clubs and fellow enthusiasts would be able to view the collection by appointment.

More than 100 people registered their support for the application, including Lady McAlpine, from Fawley, Mr Toop’s co-chairman of the “Trad”, David Barber, the Queen’s swan marker, Henley Royal Regatta chairman Sir Steve Redgrave and David Worthington, who chairs the trustees of the River & Rowing Museum.

Mr Toop said he would prefer to submit a revised application rather than an appeal in order to save time but only if he was assured that the council would support it.

Councillor Wayne Smith, executive member for planning and enforcement at Wokingham Borough Council, said: “We’re sorry if the applicant is unhappy with our decision to refuse his application but can assure him it was dealt with according to the council’s procedures and that all material considerations were taken into account, as were all representations submitted.

“The number of letters of support is not a consideration in itself, it is the issues raised by the application which are relevant. In this instance, the site is in the green belt and this is governed by extremely stringent planning policies which only permit development under exceptional circumstances, which the application was unable to demonstrate.

“If a resident cannot access a planning application record on our website because somebody else is accessing it, they will receive a message asking them to try again in a few minutes and this has not caused problems before.

“In fact, we may sometimes receive thousands of comments on an application.

“We’re certainly not aware of any comments being deleted from the site, which we’d only do in very rare cases where, for example, they were offensive.

“Even so, we would still ensure all representations were referred to in officers’ reports, as we did with the 121 we received in this case.

“We published the Environment Agency’s response when the decision was made, as is our normal practice, but the applicant could have sought pre-application advice from the agency or contacted us for its comments and is still able to re-apply to us while taking these comments on board.

“The decision notice does state, incorrectly, that the applicant did not seek pre-application advice.

“This was an administrative error which played no part in the decision, nor does it invalidate it.

“In fact, the applicant applied despite seeking advice and receiving a negative response.

“However, if he wishes to challenge our decision, he has a right of appeal.”

Remenham Parish Council has encouraged Mr Toop to apply again after members complained about being “confused” by the borough council’s decision.

Councillor John Merkel said: “I think after we expressed our interest and supported the application, we should encourage them to reapply.  I suggest they persevere.

“The green belt is always a critical issue and needs to be considered.”