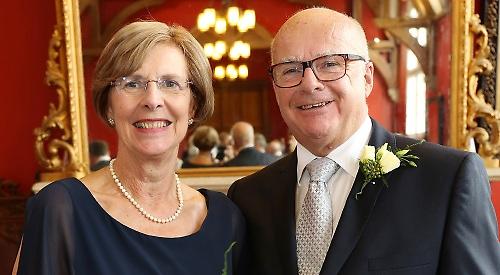 The couple were joined by family and friends for the wedding and the Occasions choir, from Reading, performed.

Coun cillor Pitts was first elected in 2006 and was made Mayor in May this year. He is the borough’s first mayor to marry while in office.

Originally from the Isle of Wight, Cllr Pitts has lived in the borough for more than 30 years.

He was an electronics technician in the Royal Air Force before taking on a variety of roles within the defence industry.

In 1982 Cllr Pitts moved to Reading and worked at aerospace company Rockwell-Collins and then in customs at Heathrow airport until he retired in 2009.

He has two degrees in archaeology and lectured for the Workers Educational Association.