Mystery over why woman drowned in her garden pond 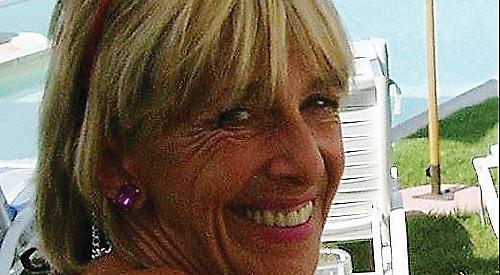 A WOMAN who feared for her life as she didn’t get on with her husband’s family drowned in the garden pond at her home, an inquest heard.

Carolyn Ann Hult, who was 65, was pronounced dead after being found by police face down in the pond at the house in Henley Road, Wargrave, on July 17.

Her husband Per, who is disabled, said the couple had been drinking together in the garden when he decided to go inside while she remained outside to tend to the flowers.

He became worried when she failed to answer his calls from the house so he phoned the police, who discovered Mrs Hult’s body at about 8pm.

The inquest in Reading on Tuesday heard that Mrs Hult had a history of depression and alcoholism and was worried about moving to Henley with her husband.

She also had a fractious relationship with Mr Hult’s family and would frequently say she had “had enough”.

But the coroner Peter Bedford said he could not confirm a verdict of either suicide or death by a third party and instead recorded a narrative verdict that Mrs Hult had died from drowning.

The hearing was attended by Mr Hult and his daughter Celia Asker and Mrs Hult’s daughter Sarah Jane Glendinning.

The coroner heard that the couple had lived in Wargrave for about four years but were planning to move to Henley due to Mr Hult’s health problems. Mr Hult suffers from cancer and uses a walker and also suffered a stroke 10 years ago. His wife was his sole carer despite suffering ME and chronic fatigue as well as regular bouts of depression and alcoholism.

Mr Hult said the move to Henley was the cause of “some arguments” between them but his wife had agreed to move “grudgingly”.

The inquest heard that Mrs Hult had a poor relationship with her husband’s children and grandchildren, which included alleged threats and physical violence on both sides.

Mrs Hult, a former businesswoman, had worried what would happen to her if her husband died and he had agreed to change his will so that she would inherit his estate.

Mrs Hult wrote to her solicitor to say that, if this happened, the estate would pass back to his family when she died on the strict understanding that she was left to live her life “in peace”, otherwise it would go to charity.

On the day of her death, Mrs Hult told her husband she didn’t want to move and threatened to jump in the river. Her husband told the hearing that she would commonly make such threats and he dismissed it as a “throwaway comment”, adding that she had never harmed herself.

Mr Hult said that when he went inside his wife remained in the garden to dead-head some flowers.

He became worried when she didn’t reply to his calls and tried phoning her before realising her phone was indoors. He then called police.

Officers found Mrs Hult’s body almost fully submerged in the pond. Her face was covered in mud but there was no evidence she had grabbed reeds or thrashed about.

The officers said they noticed a strong smell of alcohol as they pulled the body out of the water and began CPR until paramedics arrived and took over. Mrs Hult was pronounced dead just before 9pm.

A toxicology report found that she had 232mg of alcohol in her blood, three times the legal limit to drive, but no signs of trauma or injury.

The coroner heard that she had been a patient at the Bell Surgery in Henley and had also been referred to the Oxford mental health team and the Cardinal Clinic in Windsor.

She had been on medication for fatigue and depression and would often have “suicidal” thoughts, although she assured doctors she would not act on them.

In text messages sent to a friend in the days before her death, Mrs Hult said she was depressed and “falling apart” but would try to “bounce back”.

Friends and associates said they found the circumstances of her death suspicious, especially because she had remained in the garden to tend to the flowers but was wearing a summer dress, not gardening clothing, and did not have any gardening implements on her. She was also not carrying her cigarettes or phone, which she “took everywhere”.

Mrs Glendinning said her mother was a “fighter” and there was “no way” she would commit suicide.

They last spoke the day before her death when Mrs Hult said she was scared and needed to talk to her.

Mrs Glendinning said her mother had “made a lot of enemies”, including fraudsters who were jailed for stealing money from her bank account, and had a fear of her husband’s family.

Recording his verdict, Mr Bedford said: “Nothing in the evidence or reports allows me to conclude that Mrs Hult died as the result of a criminal act by a third party.

“While she was not a stranger to suicidal thoughts, at no time had she ever attempted to harm herself or take her own life. Neither conclusion is appropriate.”

Mrs Glendinning was adopted as a child but reunited with Mrs Hult, her real mother, as an 18-year-old.

Speaking after the inquest, she said: “We had a really beautiful relationship. We would spend hours on the phone — I could talk to her about anything.

“It was a feeling of unconditional love. I’ve never felt that as much as I felt it from her.”