Residents and dog walkers told not to use private bins 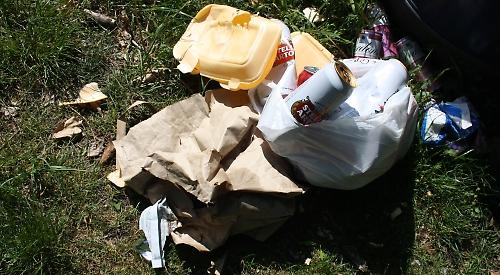 THE Henley College has urged people not to trespass on its sites or put rubbish in its bins.

It comes after a resident who lives in Paradise Road, near the college’s Rotherfield campus, complained that the overflowing bins were a health hazard.

Patricia Paton, 83, said the bins in the college car park in Tilebarn Close had not been not emptied for weeks and that plastic bags, forks, water bottles, food boxes and beer cans were strewn across the ground.

She said: “The bins are all full to overflowing. People walk their dogs there and I think it’s important this is sorted for people’s health because of the times we’re in.

“I rang the town hall twice and I can’t get through to the college.”

The college confirmed that all bins had now been emptied. A spokeswoman said there were clear signs to show it was private property and warned against people using the bins to dispose of their rubbish.

She said: “The vast majority of staff and students at The Henley College have not been on site since the lockdown began so this mess is not caused by any of them.”

She said the bins had been emptied during the lockdown by staff only to be filled up again by “unauthorised” people visiting the campus or using its sports field and car parks.

The spokeswoman said: “It is extremely disappointing and inconsiderate that individuals are leaving their dog mess bags in the bins and it is also a biohazard for our staff and students when they return. Individuals should not be on private property without permission and we would politely request that they refrain.”