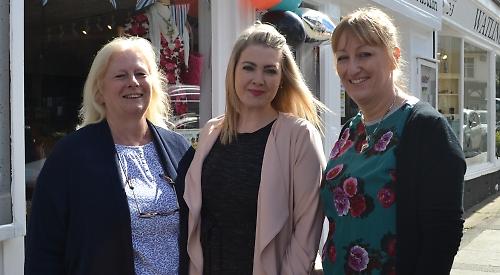 A CHARITY shop opened in Watlington on Saturday.

The shop, which is open every day of the week, is the 20th to be opened by the charity, which was founded by John and Allison Todd in 1995 to help feed, educate and nurture vulnerable street children in the Philippines.

In September the charity opened its 17th shop in Benson.

Shop manager Alicia Wallace said: “It was a really busy opening day. We were rushed off our feet, which was fantastic.

“Two or three times throughout the day the same people came back and we had lots of positive feedback. I think people are really happy there’s a charity shop in Watlington and they were really interested in the charity itself. Let’s hope they will continue to support it.

“I think it will help footfall in the town and support the high street. It’s a lovely community anyway so I think it’s an exciting venture.”

The charity began after the Todds went on holiday to the Philippines and were approached by five boys asking for food as they hadn’t eaten for three days.

Mrs Todd said: “We bought them some food and the next day they came with their friends and by the end of the week there were 18 of them. We committed, through friends who live there, to send £40 a month and it has grown from there.”