Everyone's invited to village party to mark end of summer 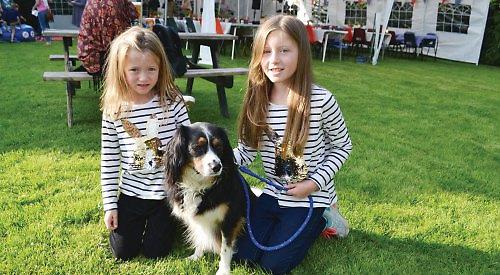 ABOUT 200 people attended a party at the Five Horseshoes pub in Maidensgrove to mark the end of summer.

The evening event raised more than £1,000 for the Russells Water village hall committee, which organised it.

Chairman Adrian de Segundo said: “The village hall is a charity and it’s for the benefit of the parishes of Swyncombe, Bix, Watlington and Pishill, so we were trying to be as inclusive as we could and cover the parishes.

“The turnout was terrific. There were all sorts of people I hadn’t seen for ages and it couldn’t have gone any better actually.”

Mr de Segundo said a party had been held on the village green every July for about 20 years but added: “We decided to try an end of summer party because it was the weekend before the schools went back and we figured people wouldn’t be on holiday.   I think it’s important to be as socially inclusive as you can. We had people helping who we hadn’t seen much before and they were just a fantastic asset and came from all walks of life. That’s what village life should be all about.”

Mr de Segundo thanked his committee for their hard work in organising the party.