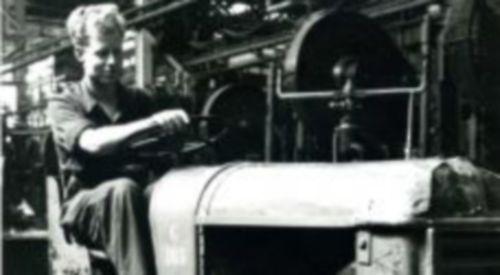 A Christian Socialist, he had been Lord Mayor of Oxford and was the leader of the Labour group on Oxfordshire County Council.

Just last year Tony gave a talk about his life. He described how, as an idealistic Oxford graduate, he clocked on as a fork-lift truck driver at the Pressed Steel car body factory in Cowley.

Two years later he was ordained as a pioneering worker priest. Worker priests originated in the French Catholic church in the Forties when priests began working in factories and other secular workplaces as part of a missionary initiative.

Tony drove fork-lifts for 30 years while chairing the factory’s Transport and General Workers’ Union, also serving as a city councillor, a priest in Cowley, the first chair of BBC Radio Oxford and, eventually, the Diocese of Oxford’s director of education.

He introduced the first service level agreement with schools, then known as the Zebedee Scheme. Now almost 300 schools buy into the diocese’s agreement, which allows it to provide them with high levels of support across all areas of school life.

“He was imaginative in changing things and getting things done,” says Gordon Joyner, deputy director of education, who was appointed by Tony in 1993.

“He just had enormous amounts of integrity. I always remember he said if you go into a situation or school and something has gone wrong, say you have made a mistake, hold your hands up and move forward. It disarms the situation.”

The Rt Rev Alan Wilson, the Bishop of Buckingham, said: “Tony was a true pioneer in the Oxford Diocese for over 60 years. Ordained without a conventional parish curacy, Tony made a reality of the passionate faith in the incarnation as a fork-lift truck driver, in the union and in local government.

“He led the Diocesan Board of Education at a time of great change and consolidation.

“His father was a legendary East End slum priest who secured for Tony the kind of education he had never had. This made Tony see education as transformative for all of society, grounded in a passionate desire for social justice and the values of the Kingdom.

“I feel deeply honoured and inspired to have known him.”

The Rev Daniel Thompson, rector of the Icknield Benefice, where Tony was an associate priest, said: “I came to know Tony over this final period of his amazing life. He joined me for morning prayer every day and we became close in that time.

“Even as he battled cancer, he was a real tour-de-force and until only a month ago was rushing around organising a million things and leading worship.

“We joked that the only thing missing from his busy schedule was his departure date.

“But, of course, that was only one side of him and the time we spent together in quiet prayer and discussion about the Bible was what I most valued.

“A man who, in spite of his many incredible achievements, was humble to the end and always willing to listen, to learn and share his faith. He was a true friend and brother in Christ to me and I miss him terribly.”

Tony retired from the diocese in August 2000.

He was married to Barbara and nursed her after she suffered a stroke about seven years ago. After Barbara’s death in 2015, Tony married Jill, who passed away last year.

He died peacefully at his home in Watlington as he wished. Two of his four children were with him.

When he knew he was seriously poorly, Tony achieved a goal of taking each of his eight grandchildren out for lunch and a chat before he died.

Tony is survived by his children, Ruth, Paul, Hugh and Ian, and his grandchildren.