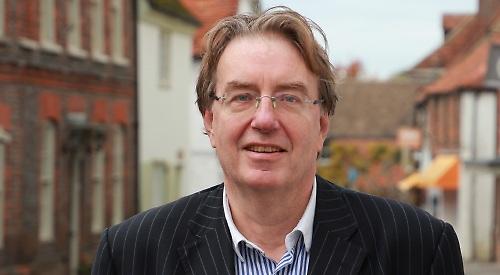 JOHN HOWELL says there is nothing he can do about the choice of Chalgrove Airfield for new housing.

The Henley MP was responding to a letter signed by 23 parishes representing more than 18,000 of his consituents and two South Oxfordshire district councillors opposed to the proposed “new town”.

The parishes, which include Benson, Watlington, Pyrton, Lewknor, Swyncombe, Shirburn, Cuxham with Easington and Britwell Salome, say they would be “materially affected” by the development, which would increase the population of Chalgrove from 2,700 to 9,800.

They asked Mr Howell to request that Housing Secretary Robert Jenrick intervene in order to have the site removed from South Oxfordshire District Council’s new local plan, which outlines where new developments should go and is due to be approved by the end of this year.

Mr Howell replied: “Let me say in summary at the outset that there is nothing I am able to do about this site as a strategic housing site of the district council.

“It is a brownfield site in an area without planning or environmental designations.

“However, as planning issues come forward, I will, of course, discuss them and help to provide clarification.

“By contrast, transport infrastructure issues can fall under my jurisdiction and I am happy to raise these with Homes England and others.

“In this constituency the vast majority of land is covered by designations of Area of Outstanding Natural Beauty or of green belt. There is a narrow wedge in the middle which is not covered by either of these designations and in which Chalgrove Airfield lies.

“I can fully understand why officers at the district council first raised the issue of whether the Ministry of Defence would part with the site, the alternative being to take more land out of the green belt to build on.

“Sadly, we are now seeing green belt land being taken in addition to this site. If Chalgrove Airfield does not proceed I would like to know what sites are proposed instead since these would almost certainly need to be in the green belt.

“The land and the houses are required to give people the chance of owning a home of their own.

“The debate about the level of housing need is a crucial one. I do not believe we are overproviding houses generally and am happy to set out my reasons separately.

“The identification and promotion of Chalgrove Airfield as a site for housing started with planning officers at the district council. It remains in the draft local plan following an examination in public before an independent planning inspector.

“A planning inspector is independent and the Secretary of State does not give direction to an inspector about what he should or should not include in his report. I am not, therefore, in a position to influence anyone in the production of this report. The inspector will have examined the planning arguments involved.

“The issue of transport infrastructure is separate. I have raised many of the points you make in relation to transport already and will continue to do so. I think there are aspects of the proposed transport structure that need to be revised.

“But let me be clear that I support the edge roads around Benson, Cuxham and Watlington as being required to relieve local transport pressure. They have long been campaigned for.

“What I will not do is simply stand up and shout about an issue over which I have no control as this is typically a useless and fruitless activity.”

Chris Bidgood, of Britwell Salome parish meeting, one of the objectors, said Mr Howell’s reply only partly addressed their concerns.

The parishes now plan to write to Mr Jenrick and the Prime Minister.

Mr Bidgood and others are having a virtual meeting with Mr Howell today (Friday).