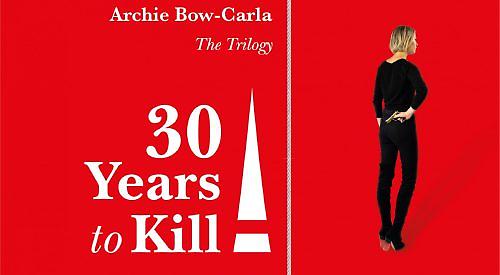 A MAN is writing a book that is partially set in
Watlington.

Jonathan Bradley is putting the finishing touches to 30 Years to Kill, a crime noir novel.

It follows Archie Bow-Carla who is prone to boredom and goes from a shoplifting kid to a con artist who rips off the worst of London’s underworld.

It is told in three parts. The first tells of an adrenaline junkie nurtured in Watlington between 1974 and 1986 and who gets taken in by a criminal gang.

Part two plays out in London in 1992 and is where Archie refines his skills and builds his team, both in business and as a thief preying on criminals.

Part three is set in London and Oxfordshire during 2017 and sees Archie’s family, friends, alliances and enemies brought together for a finale in which he finds out the true cost of his actions.

Jonathan, 52, who lives in the town with wife Karen, says that because the story is partially set in a real place, he had to be careful that his characters did not bear any similarities to the locals, including their names.

He said: “Watlington has all of the components I need, St Edmond’s Church, the town hall, the White Chalk Mark on the hill and great pubs.

“In hindsight, inventing an imaginary town would have removed the risk of readers judging how well I describe it in the book. The pub facing the White Mark on Watlington Hill was historically called the Carriers Arms. So, that was the name given to the pub in my book.”

Jonathan, who owns his own construction firm, had been thinking of writing the novel for about 10 years and took the plunge in February 2019 as he began to have more free time.

He chose a nom de plume partly because he shares his name or initials with other authors.

Jonathan said: “The decider was the one who wrote a book about becoming a poker expert, which was given numerous enough reviews for me to distance myself from my own name.”

He found only one listing for JB Watlington, which belonged to John Brooks Watlington, from Pennsylvania, who passed away in 2019, and bought the domain name.

• 30 Years to Kill will be released initially as an ebook on December 20.