Residents demand action after decades of delay over bequeathed building 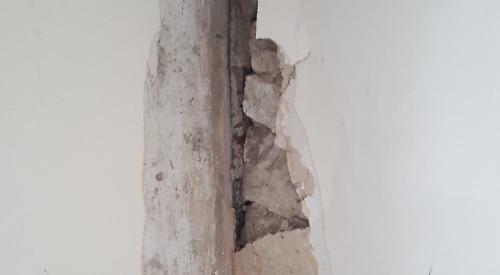 FRESH calls have been made to speed up the transfer of the ownership of an uninhabited building in Watlington.

The parish council agreed in October 2018 to become the sole trustee of the Charlotte Coxe Trust, which oversees 33 High Street and the library next door.

No 33 has not been occupied since Age Concern moved out in 2009 and needs significant work to make it habitable again.

Since 2017, the parish council has been negotiating the transfer of the ownership of No 33, which it wants to use to fulfil Mrs Coxe’s wishes.

Now a group of residents wants the county council to take responsibility for the delay in the transfer and wants compensation for the loss of rent and the damage caused by poor maintenance of the building.

He said the group felt “totally betrayed” by the council.

Mr Edis said: “There was a lack of income from that building for so many years and most Watlington residents don’t even know about it. The building will need considerable repairs before it can be brought back to use.

“I suspect the people of Watlington would be aghast if they knew the sums that have been lost to their charity through the council’s management of the properties over the decades.

“I also believe that Watlington is due compensation for the county council’s poor management in what appears to be complacency over these decades following the 1949 bequest.

“Although the council indicated many years ago that it wanted to transfer the management of the trust to Watlington, it failed to complete a transfer.

“More recently, the council has tried to add some of its land into the charity before transferring the enlarged package to Watlington Parish Council.

“I don’t believe this proposal is in the best interest of Watlington.”

Michael Young, who has lived in Watlington for 70 years, said: “The council should give back the trust to the people of Watlington because it clearly doesn’t have the time to look after it properly. I’m one of the oldest residents in this town and people ask me all the time if I know what is happening with No 33.

“It just lingers on and on and we just want to make the town aware of what is being lost and what the deal is.

“I’ve always advocated for it to be given back to the town and we are hoping we will get some action within the next month so that we can move on and the parish council can manage it or give it to people who care about Watlington to manage.”

Former parish councillor Nick Hancock said: “We want the assets and compensation for the loss of rent. The loss of income is considerable at this point and the damage was mainly caused by the lack of maintenance.

“We are now asking for compensation and for the land to be given to the parish council as soon as possible.”

In 2018, Mr Hancock appealed to the parish council for support as the Friends of Watlington Library wanted to make use of the property to raise money needed to continue paying the salary of one of the librarians.

The parish council agreed to instruct its solicitors to ask the county council to proceed with the transfer of the sole trusteeship.

In January last year, the parish council asked the county council to take urgent action to complete the transfer and to respond within the month.

In July, Councillor Freddie Van Mierlo, who represents Watlington at Oxfordshire County Council, told a meeting of the parish council he had been pushing for the transfer to finally happen.

He said: “It’s complicated and it requires a detailed legal review, which is going to take time and it’s frustrating.

“I’ve seen the state of the building and there’s no denying that it will need a lot of work before it can be used again.

“I’ve been working closely with residents and the parish council to resolve the issue.

“I’ve made it one of my top priorities and I want to see it resolved as soon as possible.”

A county council spokesman said: “Since July, specialist advice has been received from two external advisors and their reports are with our director of law and governance for review and decision-making in the light of the advice.

“Once decisions have been made, they will be communicated to all affected parties.”