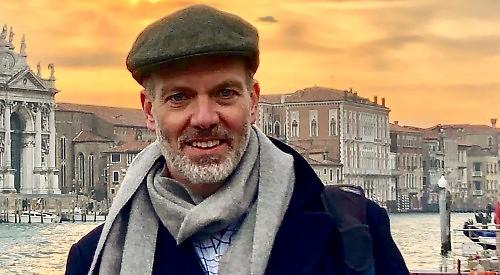 A PHOTOGRAPH taken by the chairman of Whitchurch Parish Council could win a cash prize of £1,000 towards the refurbishment of the village hall.

Jim Donahue’s image depicts Alexa Duckworth-Briggs, head of the village’s “green team”,
co-ordinating a working party as they carry out improvements to the gardens of the former Polish church off Manor Road.

The derelict and overgrown land is rented from South Oxfordshire District Council by the parish council, which is working with the community to transform it into a green space for residents to enjoy.

Councillor Donahue, of Hardwick Road, Whitchurch, has entered the photo into a competition run by Allied Westminster, a specialist insurer covering village halls.

Judges will award the money to the picture which best sums up the idea of community spirit. Cllr Donahue, who used a Canon 6D camera, is a keen photographer and has pictures of many village events, including the recent New Year walk organised by volunteers from the Whitchurch Society.

However, he felt the one of the working party in October was most appropriate as it shows how residents are bringing about a positive change.

The green team was launched last year by Mrs Duckworth-Briggs as a way of bringing together volunteers who were already working on various outdoor projects around the village.

It is working on the old church gardens with the Whitchurch habitat study group and a number of villagers whose ancestors were Polish refugees who lived at Coombe Park Camp after the Second World War.

This was originally built for Canadian and American pilots and was converted once the war ended.

One Nissen hut was turned into a chapel but this was torn down six years ago because it was structurally unsafe.

If the photograph wins, the proceeds will go towards the ongoing refurbishment of the hall that is recommended in Whitchurch’s new village plan.

The building in Manor Road needs about £23,000 to be spent, including £3,000 from the parish council for cleaning and repairing the roof, a kitchen upgrade, new flooring, wireless internet and other improvements to make it more attractive to hire.

Cllr Donahue, who has previously published a photo book chronicling a year in the life of Henley, said: “A lot of people have already told me they’ve voted for it so we can only wait and see.

“Whitchurch is the kind of place where people get involved with community projects and this summed it up the best. Alexa has done a great job of bringing people together and highlighting opportunities to volunteer.”

Voting closes on April 6. To vote for the photograph, visit www.whitchurchonthames.com