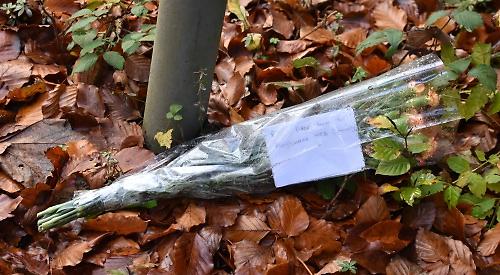 A 12-YEAR-OLD boy has died after he was involved in a collision with a van while riding his bicycle in Whitchurch.

The incident happened shortly before 1pm on Saturday on the B471, near the village war memorial.

The boy, who was accompanied by his father on a bike, was heading down the steep slope towards Pangbourne when he collided with the Volkswagen Crafter van coming the other way.

The driver remained at the scene as paramedics and police attended and the road was closed for several hours.

The boy, who has not been named, was taken by ambulance to the John Radcliffe Hospital in Oxford where he died on Monday.

Police said his family were being supported by specialist officers.

On Tuesday, some flowers were left on the hill with the message: “RIP rider from the Pangbourne MTB [mountain biking] community.”

Residents said the hill was dangerous for all road users.

Jo Adams, from Whitchurch Hill, said: “We’ve lived here for about 30 years and we’ve been concerned about the camber on that hill for a while.

“It seems to be the wrong way and it forces you over on to the other side of the road if you aren’t careful.

“We have a friend who tipped her car over some time ago and that has always made us very aware of that hill.”

Martin Coleman, of Manor Road, Whitchurch, said: “The hill is very steep and I’ve heard there have been a lot of accidents there.”

He added: “I’ve got two kids myself and I couldn’t imagine anything worse than what the family are going through now, not long before Christmas. It must be heartbreaking for them.”

Michael Earl, who has lived in Whitchurch for 40 years, added: “I drive on the hill regularly. I have always been cautious of it because of the sharp bend just after the war memorial.

“I was very sorry to hear that he had died in hospital. It is very sad.”

Jim Donahue, chairman of Whitchurch Parish Council, was in the area at about the time of crash.

He said: “Unfortunately, nobody knows exactly what happened. It does seem to be a route that can be dangerous if people are going at speed but I am not saying this is what happened.”

Chris Jessop, chairman of Goring Heath Parish Council, said: “My condolences to the family — they must be feeling absolutely awful.

“More generally, we welcome cyclists in this community. I have lived here for 11 years and a lot more people are interested in cycling in the parish.

“It is a beautiful area but there are roads that were not designed for that purpose so you have to be aware of the potential problems.

“Cyclists know it is a steep hill and you just hope they are able to adjust accordingly.

“Perhaps we could look at more warning signs in the future but it is too early to say. We are still waiting to hear from the police what happened.”

Thames Valley Police said no arrests had been made.

They appealed for witnesses or anyone with dash-cam footage to call them on 101, quoting the reference number 43200364403.