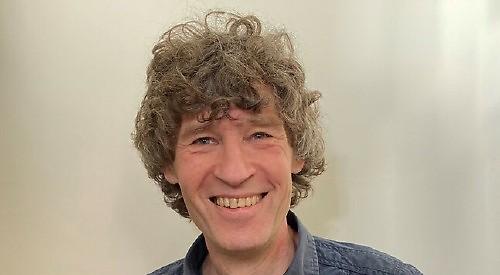 A COMPUTER programmer who helped to create a special effects system used in major films and TV shows has won an Emmy award.

Jerry Huxtable, of Swanston Field, Whitchurch, is the co-developer of Nuke, which was the driving force behind hundreds of titles including Game of Thrones, The Crown and Boardwalk Empire as well as the Marvel Comics adaptations and the latest Star Wars series.

There was no ceremony because of the coronavirus pandemic so the Television Academy, which organises the Emmys, hosted a virtual celebration where the winners were announced.

The engraved trophy, which depicts a winged figure holding an atom to represent the two “muses” of art and science, was sent to Mr Huxtable.

His category celebrated “extensive developments in engineering” which improve the broadcasting or production process.

Mr Huxtable, 59, said: “It was a total surprise when they rang telling me I’d won. I knew nothing about it so I guess my company had gone through the nominations process.

“It was a very different experience watching the ceremony on YouTube but I was pleased to win and it was a lovely Christmas present.”

In 2018, he won an Academy Award and flew to Hollywood with his wife Denise to collect his plaque, which is one step below the famous Oscar statuette.

Mr Huxtable said: “My family are very proud and people have joked that I should go for the EGOT, which is an Emmy, a Grammy, an Oscar and a Tony award but I don’t think that’s going to happen. I do feel slightly unworthy, though, as it’s very much a team effort.”

Nuke is a “compositing” application which blends multiple pieces of film or video which were shot at different times and can incorporate computer-generated objects. Although film is only a series of flat, still images, Nuke can gauge the distance between people or objects in each frame and match artificial elements with the camera’s movements so everything appears in the correct perspective.

It is best known for creating elaborate fantasy or science-fiction scenes but can mix ordinary footage from film sets with separate background shots so the cast doesn’t have to shoot on location.

Mr Huxtable grew up in Hertfordshire and studied physics at the University of York before going into computing and joining developer The Foundry in London in 2006.

The firm had just bought the rights to Nuke and he was tasked with improving its user interface as well as making it simulate “particle effects” like smoke or dust clouds.

It has since been used in Avatar, Inception, Gravity, Interstellar, Life of Pi, The Martian and the Harry Potter films and has been endorsed by Netflix for producing its original films and shows.

About 40 people now work on Nuke but only Mr Huxtable and three colleagues won the Emmy because they were involved from the outset.

The academy said: “A one-stop for [special effects] houses globally, Nuke has been used on a wide range of television, feature films, video on demand and commercials to solve complex visualization challenges and turn incredible ideas into reality.”

There were six other Emmy winners including Apple, Hewlett-Packard and Epic Games, maker of the hit computer game Fortnite.