Council bids to stop pub being turned into house 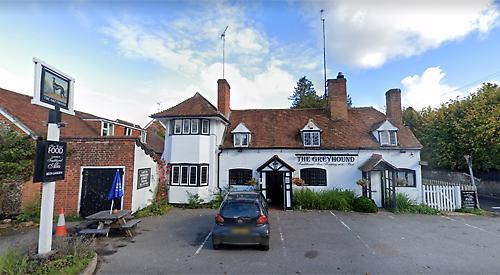 EFFORTS are being made to prevent one of Whitchurch’s two pubs from becoming a house.

Punch Taverns put the Greyhound on the market six months ago, when it listed it with an agent who wrongly claimed it was no longer trading.

It says the only serious interest came from a bidder who wanted to convert it.

Earlier this month, the firm’s planning consultant met parish councillors to ask their views on this idea, which would require planning permission.

He said the High Street pub, which has had 12 tenants since 2008, had scarcely been breaking even due to maintenance costs.

But councillors insisted it should remain a pub, saying it was still popular, particularly when it hosted events such as live music or quiz nights.

They said it was wrong to take into account the figures from the last year when it was shut most of the time due to the coronavirus pandemic. Trade would probably pick up once pubs were allowed to re-open with social distancing on May 17.

The parish council is now considering a second attempt to have the Greyhound listed as an asset of community value, which would force Punch to give villagers six months to work up a bid before it could be sold on the open market.

This would also make it harder to get planning permission for a change of use.

Councillors first applied for a listing in 2016 but the district council refused because the Ferryboat pub is a few minutes’ walk away on the same street.

The parish council, which argued this didn’t matter because the businesses offered a different service, now wants to hear from anyone willing to buy the Greyhound as this could support a second application.

It is also seeking advice from residents and parish councillors at Crays Pond, where there is a campaign to re-open the former White Lion after a successful legal battle to relist it as a community asset last year.

Jim Donahue, who chairs the council, said: “We were told that a number of buyers made enquiries about the Greyhound but the only one willing to make a firm offer wanted to change it into a private residence.

“I believe Punch’s planning consultant was testing the water on this, so we made absolutely clear that we wouldn’t support it and many in the community were likely to feel the same way.

“While we don’t have any insight into the pub’s profits, the current landlord has been in post for some time and is definitely keen to carry on because the pub is popular, particularly on special occasions.

“We’ve only got two pubs and an art gallery in Whitchurch and many people enjoy the Greyhound. It’s a vital part of the community’s social life and should be kept.

“If it became a community asset, this alone would only delay things for six months unless someone was willing to buy it.

“We need some signs of active interest and so far we’ve had a little bit but not much.”

Punch first put the Greyhound on the market for £475,000 in 2014. It said this was a “commercial decision” following the departure of landlords Bob and Carole North, who ran it successfully for many years, but no buyer was found.

It was then taken over by Ruan Keegan, who left in 2015. He was succeeded by Nick Baker but he also resigned after a short time, saying he had been unable to turn a profit.

Mark Lovett, who succeeded Mr Baker about four years ago, says he enjoyed a healthy trade before the first coronavirus lockdown was imposed last year.

It picked up again when the rules were relaxed over the summer, boosted by the Government’s Eat Out To Help Out scheme.

Anyone interested in buying the pub should email cllrdonahue.whitchurchonthames@gmail.com