Caring woman who came to accept her own illness 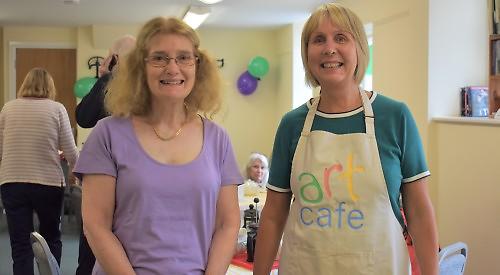 A YOUNG woman who suffered from two rare diseases before her death has had a book about her experiences published posthumously.

Zoë Bull, who lived in Swanston Field, Whitchurch, with her parents Gordon and Jean, died on Easter Monday following a brief battle with cancer.

The 27-year-old spent most of her life being monitored and treated for tuberous sclerosis, a genetic condition which causes benign tumours to develop in most of the major organs.

She later developed lymphangioleiomyomatosis, or LAM, a complication which mostly affects women and causes cysts to grow in the lungs.

Miss Bull also had epilepsy as a result of the former condition, which she could only partly control through medication.

Despite this, she was devoted to her job as a support worker for the Henley branch of Mencap, the learning disability charity.

She began writing her book, which is called Rare: A Journey of Self-Acceptance, at the start of the coronavirus pandemic in March last year because she wanted other people also with chronic conditions to feel less alone.

Miss Bull had read the final draft but passed away before it was released earlier this month.

Since then, her parents and siblings Geoffrey, 39, and Sarah, 37, have raised more than £7,500 for the Tuberous Sclerosis Association and Lymphangioleiomyomatosis Action through sales and other events.

They recently promoted the book at Whitchurch’s weekly art café and raised almost £300.

Mrs Bull said: “We’re really proud of the book and of Zoë after everything she went through. Her condition was so rare that when we took her to hospital with some of her symptoms, the doctors would have to go away and look up their next steps online.

“They would also bring medical students to her bedside to learn. She was always happy to share her experiences because she wanted to get the word out as much as possible.”

The family moved to Whitchurch shortly before Miss Bull was born. She was diagnosed with tuberous sclerosis, which affects just one in 10,000 people, after suffering an epileptic fit when she was just a year old.

The condition often causes learning or physical disabilities but Miss Bull wasn’t affected to this extent and the seizures largely abated in early childhood, although they flared up again when she was in her teens.

From a very young age, she was regularly monitored by a specialist clinic in Bath which discovered she had benign tumours growing in her kidneys and brain.

Miss Bull attended Whitchurch Primary School and Langtree School in Woodcote, then studied creative media at The Henley College and photography at the University of West London with a view to pursuing it professionally.

When she was a student, she suffered serious health problems, including a ruptured kidney which doctors were planning to remove until a specialist in tuberous sclerosis explained how to stem the bleeding.

A year later, when she was 21, one of her lungs collapsed so she underwent an operation at Guy’s Hospital in London in which both lungs were stuck to her chest wall to prevent a recurrence.

After graduating, Miss Bull decided she wanted a career helping others so applied to Mencap, which has a supported housing complex in Gainsborough Road, Henley.

She was still in hospital when her application was accepted so her start date was pushed back by several months to allow her to recover from the surgery. Soon after joining, she enrolled on a part-time counselling course, which she finished last summer.

Miss Bull, who would have turned 28 on April 14, helped the charity’s clients with their daily tasks, including shopping trips and attending medical appointments, and with leisure trips and walks along the Thames towpath in Mill Meadows.

She couldn’t drive because of her seizures so lived with her parents and commuted by train from Pangbourne in all weathers.

In her spare time, she attended conferences where she spoke about her condition.

Mrs Bull said: “The team at Mencap came to view her as a friend and not just a colleague. When she died, they hosted a special afternoon tea and set up a little garden in her memory.

“As well as supporting her clients, which she was always proud of, Zoë used her counselling skills to help other team members who were going through a hard time.

“She couldn’t talk about her work in depth because of confidentiality rules but she was very proud of everything she did and always wanted to make a difference to the community and the people around her.

“She kept up the photography as a hobby but we were very supportive of her decision to join Mencap. They put her application on hold for quite a few months, which was amazing and shows how much they wanted her.”

Miss Bull came up with her book’s title because she wasn’t profoundly disabled so didn’t feel at ease among other sufferers but also felt different from people who weren’t chronically ill. She was just coming to terms with this when she became seriously ill in the spring and was rushed to the Royal Berkshire Hospital in Reading with breathlessness and dangerously low sodium levels in her blood.

Tests found a large cancerous mass on her heart and she was scheduled to undergo chemotherapy but went into cardiac arrest a few days later and suffered brain damage.

Her family switched off her life support because there was no chance of recovery.

Mr Bull said: “She wasn’t aware of what was going on, so from her point of view it was very quick and painless. It was all so sudden — she was really looking forward to starting chemotherapy and on the day before her cardiac arrest, she was in high spirits and sending us lots of messages on WhatsApp.

“She never had a chance to see the finished book but she did an incredible job because she taught herself how to structure it by reading tutorials online. It has a foreword from her doctor, who was very moved by her story.

“There’s a saying that ‘The flower that blooms in adversity is the most rare and beautiful of all’ and that’s how she felt in the end, when she’d finally found self-acceptance.

“She was keen to tell people about it and her friends who read it were inspired by her story.

“Everybody was really excited for the release and the publisher did a great job of rushing a few early copies to distribute at her funeral.

“Before her death, Zoë gave a wonderfully moving interview to the Tuberous Sclerosis Association about her experiences. She never felt like she fitted in but once she started speaking it all flowed.

“She was well-known and loved in the community and will always be remembered for her selflessness and desire to help others.”

• Rare: A Journey of Self-Acceptance can be ordered from Amazon for £8.99 in paperback or £4.74 for a digital edition.