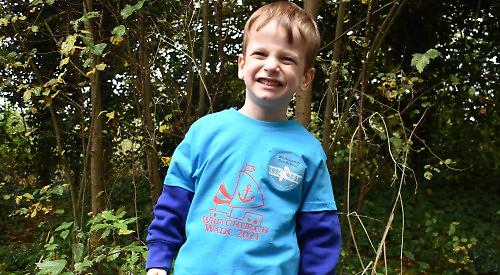 CHILDREN at Whitchurch
Pre-School are taking part in a sponsored walk to raise money for a new sandpit.

They have collectively pledged to walk 341km during November.

It is the second year running that the pre-school in Eastfield Lane has organised the initiative.

Last year, £2,137 was raised towards a £5,000 refurbishment which was carried out in July. The work involved creating a covered reading corner, a small den draped with fairy lights and artificial ivy and cushions for up to 10 children to sit on.

There are also five new tables and chairs with play equipment, including a sand tray in which the youngsters can “drive” toy vehicles.

There is also a “home corner” with toy stoves, cooking equipment and a pretend shop counter and shelf. Pre-school manager Kathleen Barrow said: “Just like last year, we’re asking parents to estimate how many kilometres the children can walk and make a pledge.

“The children will walk around different areas of the village, both in school time and at home. Each child has a different ability.”

Elspeth Lay-Sans, one of the children, said: “I would like a new sandpit as it would be good to play in and we could get new toys to play with and build things.” The children have all been provided with a T-shirt with the words “Whitchurch Walk 2021” and a picture of a pirate ship as the sandpit will have a pirate theme.

Charley Ambrose, who organises fundraising for the school, said: “Please give them a wave as they walk, toddle, trundle, run or scoot through Whitchurch.”