Women who have put fun and friendship into the WI 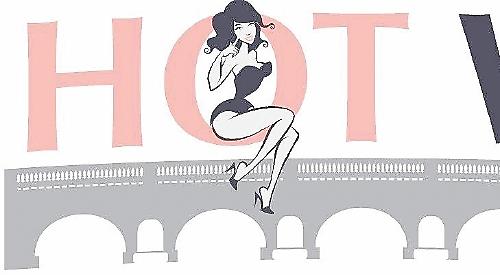 THE days of jam and Jerusalem are long gone.

So says Rosemary D’Arcy, of Manor Road, Henley, who recently joined the town’s WI group after moving to the town from Tunbridge Wells in Kent a year ago.

The 73-year-old retired teacher had tried a number of other community and book groups but says she felt instantly at home with the
newly-reformed HoT (Henley-on-Thames) WI.

“The other groups were not terrible but they were not very forthcoming in drawing in new people,” she says.

“I knew nobody other than my immediate family when I came to Henley. If you play a game like bridge or golf you can meet people that way but if you don’t have those skills it’s harder.

“I’ve come here and the people are absolutely lovely. It’s much more inclusive and interested in getting people to join.

“I had never been to a WI meeting before but I liked the vitality of the group. I was also surprised by the number of people.”

The HoT WI began in January, more than six years after the original group folded.

In 2015, three women tried to restart this group but it fizzled out after only a few meetings.

The latest incarnation was launched with the help of Pat Eades, who lives in Fair Mile, Henley, and is president of Harpsden WI.

Last year she appealed through the Henley Standard for people to come forward, having previously sent emails to people on the mailing list of the previous, short-lived group.

Among those she contacted was Katie Woodiss-Field, of St Anne’s Close, Henley, who was interested in meet other women from the town.

Mrs Woodiss-Field, a credit manager, says: “I have lived in Henley for 12 years but I did not know many other women and most of those I did know were through my husband and the rowing community.

“If you have young children there are things like mother and baby groups but if you’re a working woman it’s difficult to meet other women.

“I used to go to the gym and see the same people but you didn’t really get a chance to talk.”

Mrs Woodiss-Field, 49, went to an unofficial WI gathering with her friend Susannah Hirst.

“We realised that if we wanted to get the group up and running we would have to put ourselves forward and do something about it,” she says.

Several more unofficial meetings were held last summer with members of the Oxfordshire Federation attending to help get the group going. Word spread and interest grew and in October last year it was decided to formalise the group.

It now meets at King’s Arms Barn, off Greys Road car park, at 7.30pm on the third Friday of every month. Meetings are regularly attended by more than 30 women, ranging in age from 20 to 90.

At each meeting there is a speaker on a different topic. Subjects so far have included cheese, ceramics, millinery, honey and holistic therapy.

Mrs Woodiss-Field, who is now president of the branch, says: “We had enough interested to people to form a group and we had a meeting where it was a case of ‘put up or shut up’.

“There were six of us who put ourselves forward to be committee members and somehow I ended up as president, which I had never planned.

“The group is for women with a social conscience but fundamentally it’s for women.

“We wanted to make it modern and appeal to women who are physically younger but also those who feel younger.

“Our logo is Henley Bridge with a Fifties glamour girl sat on it. It’s a bit more fun.”

Mrs Woodiss-Field says that organising the group to meet on Friday evenings has helped establish the feeling that it is a fun night out.

She says: “We want to make it feel like a social — something that makes you feel like you are going out with the girls and having a bit of fun. It’s a time when people don’t have to worry about children or getting up for work. We want people to give it a try — don’t assume anything, just come and see. If it’s not for you, then fair enough but most people do end up coming back.”

Among the other committee members is Debs Artherton, who is a teacher at Sacred Heart Primary School and lives in Market Place, Henley.

She was one of the women at that foundation meeting.

Mrs Artheron, 45, says: “A friend told me it was happening and I saw it as an ideal opportunity to turn up and see what was going on.

“The six of us said we would do it and see how we got on.

“We’re trying to make it young and fun. People see us when we run stalls and can’t believe how young we are. People think the WI is for older women but it can be for women of any age.

“Being a teacher, I get access to parents and I see if they want to come along and try it.

“The speakers are always local and it helps them with their businesses.

“Once the talks are finished we have a glass of wine and nibbles. A few of us go out for a drink afterwards, so it’s a social event each month.

“Some of my friends have asked what I was doing joining the WI. They think it’s for older members of the community but that’s not what it’s about at all.”

Nicola Taylor, 50, was a member of the group which began in 2015 before folding.

She was still keen to be involved and joined the new group early on.

Mrs Taylor, who lives in Makins Road and is part of the family that runs Henley bakers Lawlor’s, was looking for something to do now her children are older.

“I didn’t know what to expect,” she says. “I thought there might be some singing of Jerusalem and making jam but this is a younger bunch and a lot more funky. Meetings are always interesting and different every time.”

Mrs Taylor has taken a number of friends to meetings and some of them have joined the WI. “This gives you something to do which is about you — you aren’t just someone’s wife or someone’s mum,” she says.

Sarah Jordan, of Greys Road, Henley, joined the group last month after retiring from her job at Greys Court, the National Trust property in Rotherfield Greys which used to be the home of the late Lady Brunner, who was chairwoman of the National Federation of Women’s Institutes for five years.

Mrs Jordan, 56, says: “I think the WI has worked really hard in recent years to try to change its reputation.

“The people here are a lot younger than I was expecting. It feels more like a group of ladies having a social event. Meetings are held in the town centre, so that makes it easy for me to walk there.”

“When your children are small your life revolves around their activities,” she says. “As they get older you miss out on that contact at the school gates.

“A lot of your friends are the parents of your children’s friends but people end up leading different lives.

“The WI gives you a chance to have a group of friends at a different stage of your life.”

She says: “As a WI, we have to provide 11 meetings a year but we want to make groups to branch off from that — a cinema group or a handicraft group if people are into that. We could have a theatre club, we could do other activities.

“The more people who join, the more we can do and the more interesting speakers we can attract.

“People can come along a couple of times and see how they feel and then hopefully join. It’s important that they can walk in and not feel any pressure.

“We want to show what an amazing organisation the WI is.”

The next meeting will be held at King’s Arms Barn on Friday, October 20 at 7.30pm when Annette March, from the White Gdn florist in Hart Street, Henley, will speak and give a demonstration of how to make Christmas wreaths and festive table decorations.

To attend a meeting costs £4, which is deductible if you sign up for membership. The current annual subscription is £39 with a pro-rata rate depending on when you joined in the year.