'Bright and open’ museum café is a destination in itself 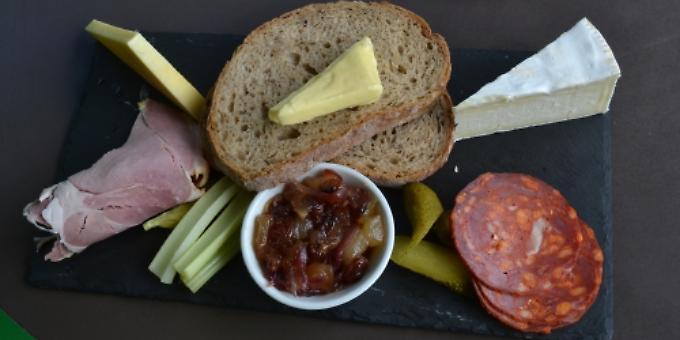 WALKING into the Leafi café at the River & Rowing Museum in Henley, what will hit you first is how bright and open it is.

Much of the walls are made of glass, with one featuring doors leading out on to a decked area for outdoor dining.

Sunlight streams in and fills the room while there are views out to the Marsh Meadows wildlife area, the towpath and River Thames beyond.

One could be forgiven for thinking that, being an on-site museum café, its clientele could be purely of an older demographic, with an offering to match, but that’s not the case here.

A few moments after I sit down for lunch, a father brought in his two children. He picked out one of the high chairs available for his youngest to use and they each enjoyed a cake – the eldest also had a hot chocolate (£3.25).

The cakes are freshly made on site, I’m told by general manager Ursula Shiels, and she goes on to say the same of the entire menu.

After settling in with a flat white coffee (£2.95) and a quick perusal of the morning’s newspapers, I take a look at the menu, with its 11 main dishes, ranging from soup of the day (£5.95) to the Riverside Ploughman’s (£10.95) being the most expensive.

Ursula tells me that the soup is always on the menu (today’s was carrot, tomato and turmeric) and is always dairy- and gluten-free, while the quiche is also popular and changes daily.

I choose three dishes: starting with the quiche (£9.50), which was flavoured with feta cheese, roast pepper and thyme and served with warm new potatoes with herb butter and a green salad.

The base was crisp and the mix flavourful, with the red pepper bringing it to life, while the salad and its sharp dressing lifted the dish.

The colours were vibrant and the warmed tomatoes burst with flavour while the slices of Cumberland sausage and chorizo provided peppery and smoky notes that were balanced by a lovely runny yolk.

I can seldom resist a ploughman’s, so my choice of third dish was an obvious one. This came equipped with a sizable slice of Wiltshire ham, salami slices, a wedge of Somerset brie you could use to keep a door open and a slice of tickler cheddar.

This was accompanied by pear and ale chutney, pickles, apple, celery and Flourstation bread with butter.

Admittedly, my ravenous appetite for cheese was always going to make this a winner but the chutney was also worthy of a mention in dispatches.

All these dishes were brought and recommended by the young team of waiting staff, who were all bright and enthusiastic.

Amelia Ash, a runner-up in this year’s Henley Heroes awards fund-raiser and volunteer of the year category, was on duty, and she was diligently making sure all the counters were clean and tidy while greeting customers on arrival.

After being persuaded by Ursula to try some of the tray bakes and cake on offer, I was recommended one of their three fruit juices (£4.95).

They knew I was coming — I chose the “Stress Buster” which comprises orange, carrot, celery, lemon and ginger.

These juices are clearly quite popular, as then a lady came in and starting weighing up the merits of the “Beetroot Booster” and “Simply Green” options and server Oscar Johnston was more than willing to give his take on which he thought was best.

The 18-year-old twin was called into action again soon afterwards when a gentleman brought in his elderly mother for tea (£2.95) and cake.

He had paid the bill but then left his wallet at the till by mistake so he went off to bring him back to retrieve it.

By then my juice arrived in a glass with ice and a paper straw (well done!) and certainly provided the necessary pick-me-up before dessert.

I was presented with a cherry coconut slice, which had been dipped in chocolate, a chocolate brownie and a slice of carrot cake, a particular favourite of mine, and all delivered on look and taste.

As I left the café, the father and his two children, whom I had seen earlier, had just finished a turn around the museum.

Leafi is very much a welcome stop-off before or after a visit, but it should also be seen as a destination in itself. There are few places that offer such simple, tasty and reasonably-priced meals in such a great location.

• The Leafi café at the River & Rowing Museum serves a full and children’s menu and is open daily from 9.30am to 4.30pm. For more information, visit www.rrm.co.uk and www.leafi.co.uk/river-rowing-museum