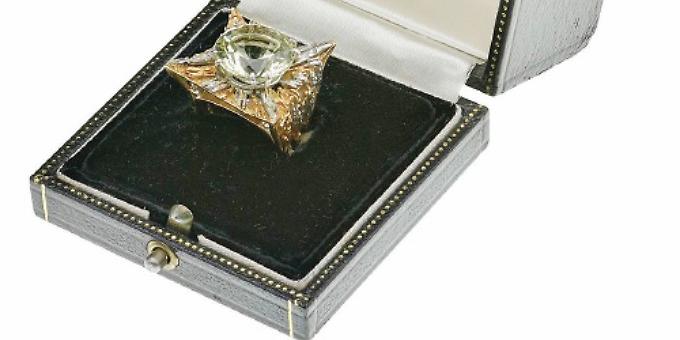 POST-WAR Britain was a bleak place. After the Second World War had finally ended, the country’s coffers were empty and social conditions dire — and the world of jewellery had stagnated.

For the next 15 to 20 years, there was nothing new — jewellers were still copying earlier styles and imagination and flair were nowhere to be seen.

It was not until the Sixties that change really began to happen.

With the swinging Sixties came a new vibrant era for British jewellery. Exciting new designers were emerging — John Donald, Andrew Grima and David Thomas, to name but a few — breaking new ground with their bold, vibrant and often bizarre designs, incorporating experimental techniques and unusual gemstones to create new textures and finishes to their creations.

Affluent and fashionable clientele flocked to this exciting world of young and confident British designers, with the likes of Princess Margaret becoming a keen customer and wearing eye-catching jewels by Donald and Grima.

Today these jewels are enjoying a resurgence of interest.

Prices at auction for examples by the key names — in particular Andrew Grima — have been on the rise for the last few years and are now highly sought after.

So check your jewellery box — or your mother’s! — for these striking and eye-catching pieces. They may be worth quite a bit more than you think…

Dix Noonan Webb are returning to Phyllis Court Club in Henley, for their next jewellery, coins, medals and banknotes valuation day on Wednesday, February 6 which runs from 10am to 4pm.

The firm’s specialists will be available to offer free valuations with a view to selling in DNW’s Mayfair auction rooms.