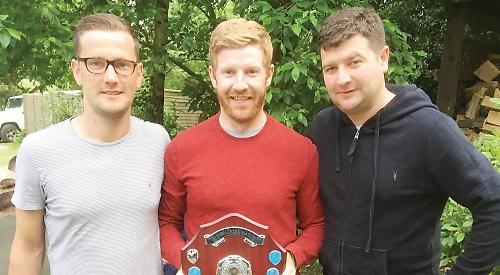 THE Les Clark Memorial Match, in its second season, was held at the Les Clark Oval, Stoke Row on Sunday.

Les Clark was a stalwart of cricket at Stoke Row CC for many years and something of a legend in cricket locally.

Two teams captained by Les’s sons Jonny and Chris were drawn from Woodcote and ex-Stoke Row players to play a T20 match before a crowd of more than 50 people. Chris Clark’s team scored 141-8 with Paul Knox hitting a rapid 47 not out while Jonny Clark’s team were all out for 114 with Mark Robertson scoring 22.

Twelve-year-old Archie Clark, the son of Chris, scored 10 runs and took one wicket in his bowling spell.

Paul Knox was presented with the Les Clark Shield as the player of the day.