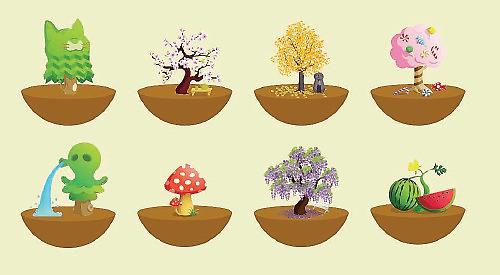 PUPILS at the Oratory School in Woodcote are using a new smartphone app to encourage them to use their devices less.

The programme, known as Forest, rewards users for putting their handset aside by displaying a virtual “tree” that gets bigger the longer the device is left alone.

Students decide how many minutes they want to be without their phone and type in the number at which point the screen becomes locked and displays a countdown with the tree in a pot.

The longer the period they put in, the bigger the tree will have grown by the end. The app records how many trees are grown every day and they can be planted in a “forest” of different species.

Users can override the app and continue to use the phone but then the tree “dies” and this is recorded.

The students compete with each other online to grow the biggest forest and can earn “coins” that are converted into real money by the app’s creators and donated to the charity Trees For The Future, which supports forestry projects in the developing world.

Just over half the boys in year 11 and the lower and upper sixth forms at the independent Catholic school are now using Forest. Younger boys must still hand in their phones during lessons.

Upper sixth form students Jack Lockhart and Will Forby, both 18, suggested Forest to the school’s learning support department as they had found it helpful while studying in the run-up to the Christmas holidays.

Jack said: “A friend of mine told me about it and I gave it a go because I thought I needed a bit of help getting my work done.

“Digital devices can be really tempting, especially in the evenings. I was coming home and thinking I’d do some work but I’d often end up playing with my phone for longer than I’d intended. Having the app cuts that temptation out completely.

“After a couple of weeks I suggested it to the school and they jumped on board. They sent an email around to the teachers just before Christmas and it all went from there.”

Classmate Luke Thomson, 18, said: “Some people don’t have any trouble putting their phones away but others do, myself included. You don’t have to use it all the time but it’s massively helpful during unstructured periods like the half-term holidays. I used it a lot then but don’t feel the need to at the moment.

“It gets you out of that ‘instant gratification’ mindset so you don’t feel like you’re being forced to stop using your phone, it just becomes more natural to use it less.”

Jordan Hopwood, 18, said: “Phones can have a destructive effect on younger children and there are good reasons for banning them altogether but as you get older you need to learn to discipline yourself around them.

“This strikes a balance between total freedom and an outright ban. There’s also a competitive element so if you see someone has spent longer offline than you, you want to beat them.”

Matthew Moran, 18, said: “I’ve been using it for about the same time as Jack and I think it has the edge over anything else. You feel a lot less distracted when you feel like using your phone isn’t an option.”

In January last year Shiplake College banned the use of mobile phones during the school day, saying pupils should talk face-to-face instead. But Oratory deputy headmaster Matthew Fogg said his school wanted to take a more balanced approach.

He said: “We believe mobile devices are an inevitable part of modern life, especially in the workplace, so we don’t want to get rid of them altogether.

“Forest uses the power of apps and competitive gaming, which are inherent in the nature of smartphones, to bring out the best side of the technology.

“It’s about learning to use them in a way that helps you rather than hindering you.

“I rely heavily on my calendar app, for example, and eventually the pupils will be going on to university where they’ll be able to use mobiles without any restrictions.

“From the age of 16, we think it’s reasonable to give pupils some responsibility in that area. We promote the use of the Forest app but it isn’t compulsory as it may not be appropriate for everybody and at all times.

“However, we hope it’s one way in which we can equip the boys with the skills they will need to thrive in their lives beyond the school.”