Parents back decision by boys’ school to admit girls 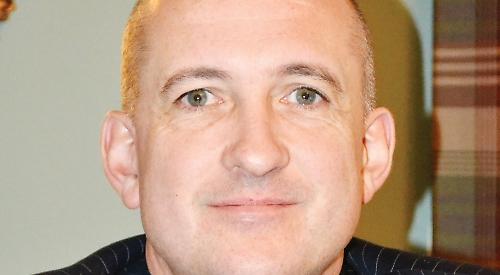 PARENTS, staff and pupils have welcomed the news that the Oratory School in Woodcote is to become co-educational.

Headmaster Joe Smith says the feedback has been largely positive since he announced the news earlier this month.

The independent Catholic boys’ school, which was founded in 1859 and moved to Woodcote in 1942, will admit girls for the first time from September next year.

St Philip House will be repurposed as a junior co-educational house and a boarding house exclusively for girls aged 11 to 18 will be built. It will be named Wootten House after Frances Wootten, the school’s first ever “dame” or pastoral matron, and will have the motto “mulier fortis et sapiens”, meaning “a strong and wise woman”.

The girls’ uniform will include a black blazer with yellow piping, the same as the one introduced for boys last year.

Mr Smith, who was appointed in 2016 after six years as headmaster at the mixed-sex Oratory Preparatory School in Goring Heath, says the move should attract more pupils and the Oratory could eventually have 500 pupils compared with 300 boys now.

He said the idea was first discussed seriously after his appointment and was approved a year ago by the governors who agreed it fitted with the school’s principles.

Surveys of parents showed the school’s single-sex aspect was no longer considered important by the majority and many other independent schools were going in the same direction.

Mr Smith said: “I think my arrival put the issue back on the table. It had been discussed when I was at the prep school and the time felt right to revisit the question.

“There was also clear evidence that parents’ thinking, not just here but at independent schools generally, had changed over the past decade or perhaps longer.

“We felt there were no compelling reasons that precluded it as it wasn’t against our ethos or identity and since starting at the prep school I had found more and more parents were keen to send their sons and daughters to co-educational schools.

“We carried out two surveys asking parents to rank various statements about the school by importance and very few had strong feelings about admitting only boys.

“We then decided to proceed but didn’t want to share that until we were confident that we could answer the many questions that would be asked.

“We needed to think about how the facilities would change and the impact on many aspects of school life, from the classroom to boarding, sports and extra-curricular activities. This wasn’t in place until late in the day so we weren’t able to involve everyone sooner.

“We considered a ‘diamond’ model of teaching boys and girls separately up to GCSE and also looked at phased admissions beginning with just one year group but felt we should do it wholeheartedly.

“It would have been a shame for girls from the prep school to be unable to join us at the outset then no longer wish to rejoin in sixth form.”

Mr Smith, who previously taught for 12 years at Monkton Combe, a co-educational independent school in Bath, said a parents’ forum showed most were happy with the plan.

“There’s been a certain amount of ‘it’s about time’ or ‘should have done it sooner’ and boys’ parents are delighted that they can send their daughters here too,” he said.

“I’ve enjoyed being head of the Oratory as a boys’ school and if I thought for one minute that the boys’ experience would be diminished in any way then I wouldn’t have supported this,

“There was absolutely nothing wrong with the school as it is but we wanted to open it up to as many pupils as possible.

“The aim is to grow but to still be ‘small’ because we don’t want to lose the things that our parents cherish as a close-knit community. They feel their children won’t get lost whereas they might in a larger school. There’s bound to be more interest from boys as well and our male intake is very positive for 2019/20.

“We haven’t had huge numbers of future parents saying it has changed their decision — if anything, most feel it’s all the more reason to come here. It sounds obvious but the world is ‘co-educational’ and while co-education has its challenges, teaching boys and girls will likely prepare them better for the adult world, which is our purpose.

“We’re not saying boys and girls are the same but they don’t need to be taught separately. Our staff have experience of teaching both and we will draw on that. We feel this is right for us to continue flourishing.”