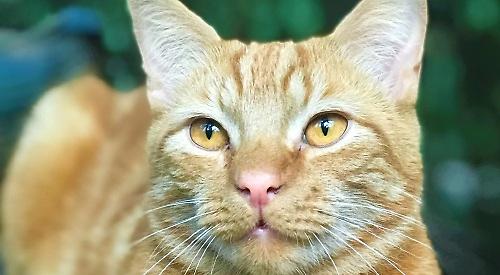 FOUR cats have vanished from one street in less than a year.

Carmen Streams, who lives off Pot Kiln Lane between Woodcote and Goring Heath, has lost the second of her three pets while two others belonging to her neighbour Suzanne Walker went missing in November.

The women suspect foul play because they searched surrounding roads and woodland but found no bodies nor any clue as to what might have happened.

Madge, an eight-year-old black female belonging to Ms Streams, was the first to disappear in March last year.

In June Ms Streams temporarily lost her male tabby Tiger, then six months old. About three weeks later she found him wandering tired and emaciated at the foot of Long Toll, about a mile and a half away, which is further than he usually walked.

Her neighbour lost Luna, a 10-year-old black and grey female, and Scrumpy Jack, a year-old striped ginger tabby, within a fortnight of one another in November.

Mrs Walker put up posters offering a reward for their safe return but received response. She and her husband and three children still have two other cats, Casper and Joey.

Then last week Ms Streams lost Maisie, a black female who is Tiger’s mother. She says she cannot bear the heartache of searching for her because she doesn’t think it will turn anything up.

Instead, she has put up an electric fence to confine Tiger to the family’s garden and might even rehouse him because she feels he would be safer living elsewhere.

Ms Streams, who lives with her partner and two young daughters, said: “I’ve lived here for more than 40 years and we’ve always had cats but most lived to 16 or even 20. We might have lost one or two on the road but a neighbour would always find the body within a few hours and let us know. To suddenly lose this many with no explanation is very unusual.

“It might be foul play or it could well be that a dog is attacking them, but if that’s the case the owner’s still covering their tracks. Someone must know something and we desperately want to know what’s happening.”