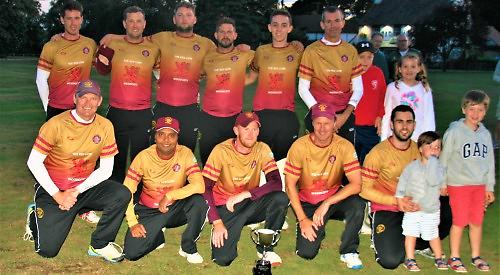 WOODCOTE Cricket Club was set to play their 140th season before the coronavirus pandemic delayed all sport until further notice.

Plans for the 2020 season were already at an advanced staged before the Government put in its restrictions and the England Cricket Board issued its directives to all leagues.

Woodcote have been playing their matches on the village green since 1880 and despite being a small club it continues to punch above its weight.

In 2020, in addition to the regular league fixtures, the club is looking forward to performing in the national ECB Plate T20 competition, with a first-round draw at home to West Reading.

Lack of numbers forced the club to fold their Sunday side two seasons ago but the committee, keen to keep cricket as a real presence in the village, has instead promoted the concept of a cricket “hub”.

Last season, BBC Caversham Cricket Club, which had lost their ground at the end of the previous season, played all their Sunday home matches at Woodcote and this arrangement is set to continue.

In 2018 and 2019, Kidmore End’s 3rd side played their Thames Valley League matches on Saturdays at Woodcote. This season, with Kidmore End departed to Crowmarsh, Purley’s 3rd XI is due to play their Berkshire League Division 3 home matches at Woocote’s village green.

Purley’s under-13s will also play four home matches at Woodcote meaning, all told, there are 40 matches scheduled to take place at Woodcote in 2020.

Arrangements were also far-advanced to begin formal junior coaching sessions for children aged under-12, every Saturday morning from the beginning of May. This will now be delayed or cancelled until 2021.

Although playing membership is low, interest in village cricket is high in Woodcote.

The situation of the ground, which is right in the centre of the village, has been attracting good attendances throughout the summer.

Last season, more than 300 people turned up to watch the Pete Aldridge Memorial match between the club and the Red Lion pub. This event is due to be staged again this season. There are also plans to hold a family day with a six-a-side soft-ball cricket tournament.

More than 30 local businesses provide sponsorship by advertising on the club’s fixture poster and there is additional generous sponsorship from the West Berks Brewery.

Cricket in Woodcote is thriving but whether or not there will be a 2020 season remains to be seen.