Pupils raise £300 for Children in Need 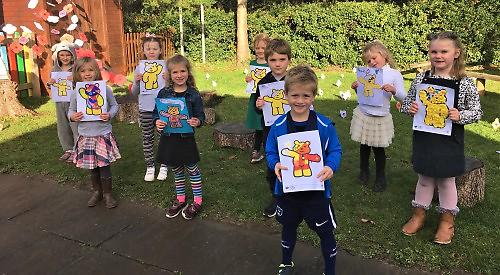 The pupil council organised a competition in which their classmates had to colour in a picture of Pudsey Bear.

The winner in key stage 1 was Ada Butterfield, who received a box of metallic paints and brushes, while key stage 2 winner Abi Peates received four blank canvasses and other supplies.

The children were also allowed to wear non-uniform or colour or style their hair in unusual ways.

Headteacher Liz Hunt said: “The pupils have always been great advocates of raising money for charity and appreciate how lucky we are to live in this part of the world.

“They have a strong love of their community and it also helped to keep a sense of normality.”