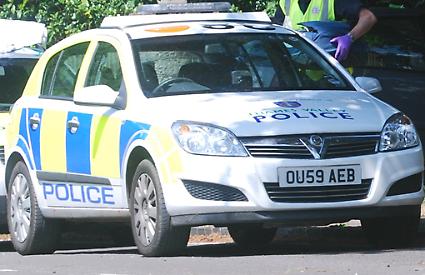 THE speed limit on the main road through Crays Pond is set to be reduced from 40mph to 30mph after a 23-year battle by the parish council.

Oxfordshire County Council, the highways authority, and Thames Valley Police have agreed to the change in principle following a meeting with parish council chairman Chris Jessop.

As long as the fire and ambulance services and other “key stakeholders” don’t object, a recommendation to reduce the limit will go before the county council’s cabinet in February.

The issue, which is mentioned in parish council minutes as far back as at least 1997, has become more urgent following a series of crashes and near-misses at the village crossroads.

Although there have been no fatal accidents, councillors argue that a reduction is necessary because 30mph is the typical speed limit in built-up areas and Crays Pond should be no different.

The county council conducted two speed surveys which showed drivers routinely went above 30mph but rarely above 35mph, proving that the former is a safe upper limit without slowing people down unnecessarily.

Councillor Jessop said: “We’re pleased to have had productive discussions with the highways department.

“This has been an ongoing concern for many years but over the past two years we’ve been asking more and more for it to happen and we really escalated it over the summer to ensure it happened.

“It was always a very worthy thing to be seeking as the village should be 30mph by default and we don’t understand why this wasn’t always the case.

“Over the years we’ve seen an increased number of cyclists, pedestrians and cars and other vehicles and with that a lot of near-misses.

“Sadly, a young cyclist recently died just down the road in Whitchurch and while there’s no suggestion that speeding was a factor in the collision, it shows more broadly that there’s a growing risk of incidents on these rural roads.”