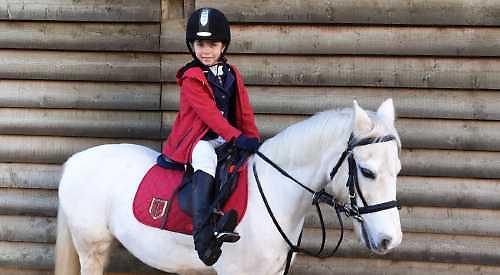 The youngsters, aged between eight and 16 and all riding their own ponies, competed in the association’s grassroots regional qualifiers at Bury Farm, near Leighton Buzzard, on December 19.

If this had been due to take place the day afterwards, it would have been cancelled as Buckinghamshire was then plunged into tier 4 of the Government’s coronavirus restrictions.

The 50cm jump team of Olivia Law, 15, riding Blaze, Erin Hughes-Williams, 14, riding JJ, and Alfie Nicholl, 12, riding Tandy, won their class with an individual win for Olivia and a third place for Alfie.

They have qualified for the association’s grassroots regional finals, for which a date is yet to be set because of the ongoing pandemic.

The 60cm jump team of Olivia, Alfie, Millie Law, 16, on Choccy, and Liam Robbins, 13, on Beano, finished second with an individual second for Olivia and fourth for Millie. They also got through to the next round. Olivia, this time riding Shine, and Millie and Liam were unplaced as a team in the 70cm jumps but Olivia took the individual title so made the final.

Audrey Snowden, 14, riding Prince, came third in the 90cm class and fifth in the 1m.

Also taking part was Alfie’s sister Ava, eight, on Peanut, who came eighth in her age group and was also named best individual rider for her technique.

She goes to the primary school and hopes to follow the others to Langtree when she is older.

Because of covid-19 restrictions, the children had to warm up in the ring by themselves and collect their awards from the secretary’s office with no ceremony. They also couldn’t stay behind to cheer on the other riders..

Alfie and Ava’s mother Charlotte, who organised the entry, said: “The children all did incredibly well for their first show and we were so proud because they didn’t expect to come away with anything.

“They’ve got quite a bit of experience competing individually but the new pressure of riding for a team certainly added to their nerves.

“It was an early start as we had to be ready by 8.30am and there were some bleary-eyed children that morning.

“The coronavirus rules made everything more difficult with people wearing masks and socially distancing.

“The atmosphere was nowhere near as friendly or encouraging as usual, though of course it was better than having no competition at all.

“They adjusted very well to not having an adult present during the warm-up and were delighted with the results even if it was more subdued than usual.

“Not having a ceremony takes the edge off things a little but they’re still excited to be taking part in the regional finals, whenever that may be. It’s great for their motivation and wonderful for the school to be encouraging their extra-curricular activities.”

The youngsters know each other through riding for the Woodland Pony Club, which meets at Harpsden Bottom, and signed up to represent Langtree after Mrs Nicholl secured the school’s backing.

The secondary academy paid the registration fee and bought saddle covers bearing the school’s logo while the parents met any remaining costs.

Mrs Nicholl said: “A lot of the Langtree kids ride in their free time so when Alfie joined in September I asked Simon Bamford, the headteacher, if we could get a squad together.

“The school was thankfully very open to the idea and the parents were happy to contribute as state schools don’t have the biggest budgets compared with the independents.

“We were probably one of the only state schools competing and the children were a real credit to Langtree.”

Jess Painter, who manages the team on behalf of the school, told the youngsters: “Congratulations on such amazing results.

“I’m thrilled that the competition managed to proceed just before the Christmas lockdown and I look forward to hearing about the next round, whenever that may be.”