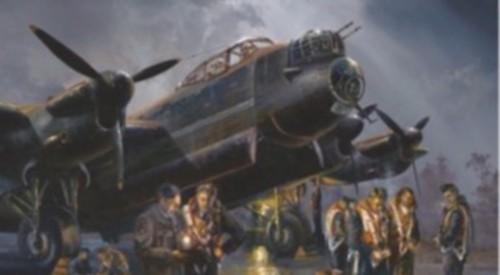 HOPEFULLY, things are looking a bit brighter as the vaccination programme continues to roll out apace.

At the British Modern Military History Society, while the Zoom talks continue successfully, we are keen to get back to Woodcote village hall when it becomes safe to do so.

At this stage we are considering a return to the live meetings in the middle of the year, covid-19 restrictions permitting.

We will be continuing with one Zoom talk a month once the live meetings resume. The hall committee has put in place new safety protocols for users.

On top of these, in order to minimise any risks, we would probably start with limited numbers of attendees without providing drinks and sandwiches as we have in the past.

We would also need to take payment in advance to avoid any cash handling as this seems to work very well for the Zoom talks.

Our afternoon meeting on Tuesday, April 6 will be on “Secrets and spies — how German spies lost the Battle of Britain”.

With increasing interest in the history of the Second World War, so many intriguing stories are coming to light now.

One is how Nazi Germany’s spies failed to discover any worthwhile information about our radar systems, even sending a Zeppelin airship to travel up and down the east coast just four weeks before war was declared to try to find out what the large steel transmitter masts were doing.

This talk is a fascinating insight into spies and spying and how so much effort was directed at the radar stations which played such a vital role in the Battle of Britain.

It will be given by Graham Randall, of the Bawdsey Radar Trust.

On April 14 the evening talk is entitled “Operation Carthage — the bombing of the Gestapo headquarters in Copenhagen”.

In March 1995, David Drew was invited, along with some 50 others, to Copenhagen to witness the unveiling of a memorial to those killed in Operation Carthage on March 21, 1945.

His uncle had been one of the casualties.

Over the next two days he had the opportunity to talk to many of the survivors of the bombing raid on the Gestapo headquarters, both aircrew and Danish civilians, including members of the Danish resistance.

David will discuss the history behind the raid and some of the characters involved before going on to describe the raid itself, its failures and its successes.

The meetings are becoming very popular with growing numbers attending. We are grateful to those who make donations which enable us to book speakers.

The society is delighted to announce the publication of the first volume of its book, Glimpses of War, on May 8, the anniversary of VE Day.

Born out of the coronavirus lockdown, the book is a compilation of military stories and articles from our members and historians of experiences in wartime, both civilian and military in any role and any conflict.

All proceeds from this 550-page volume will go to the charity Blind Veterans UK (formerly St Dunstan’s), which has given full endorsement to the book.