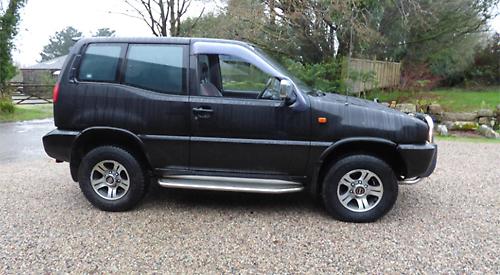 File picture of a Nissan Terrano

RESIDENTS of Woodcote are being urged to beware after a man was caught photographing a property.

The stranger pulled up on the driveway of a house in Beech Lane on Saturday afternoon and was seen loitering by the owner, who initially assumed he was delivering a parcel.

When the man realised he had been seen, he got back in his car, a dark S-registered Nissan Terrano, beeped a friendly greeting with his horn and drove off.

A few minutes later, the woman went outside to find there was no parcel and CCTV showed the man had been taking photographs of her horsebox and trailer with his phone.

The man returned while she was out on Monday and again tried to pull up on her driveway but a neighbour challenged him.

He claimed he was just turning around and then drove off again.