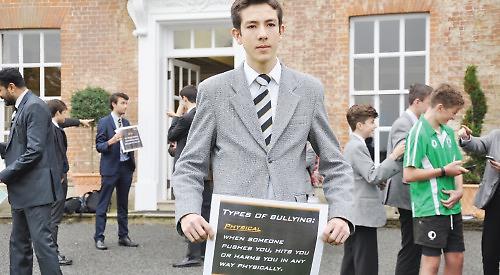 STUDENTS at the Oratory School in Woodcote took part in the mannequin challenge as part of an anti-bullying week initiative.

The challenge, the latest internet craze, involves participants filming themselves standing motionless for several minutes while playing a pop song in the background.

Each pupil and some members of staff posed with a placard bearing an anti-bullying message.

The challenge was organised by Jason Pennisi, head of personal development, who said: “Evidence suggests that the majority of young people in UK schools are either victims, or know of someone who is a victim of bullying.

“Consequently, it is important that we all make a stand against bullying and prevent its harmful effects.”