GUNFIRE and explosions rang out around Mapledurham as the village hosted a weekend of Second World War battle re-enactments.

Hundreds of visitors attended the fifth annual Mapledurham at War event, which took place in the grounds of Mapledurham House on Saturday and Sunday.

More than 500 enthusiasts took part in staged displays while playing the part of British, American and German troops.

They wore original uniforms and carried authentic rifles as well as props such as grenades. 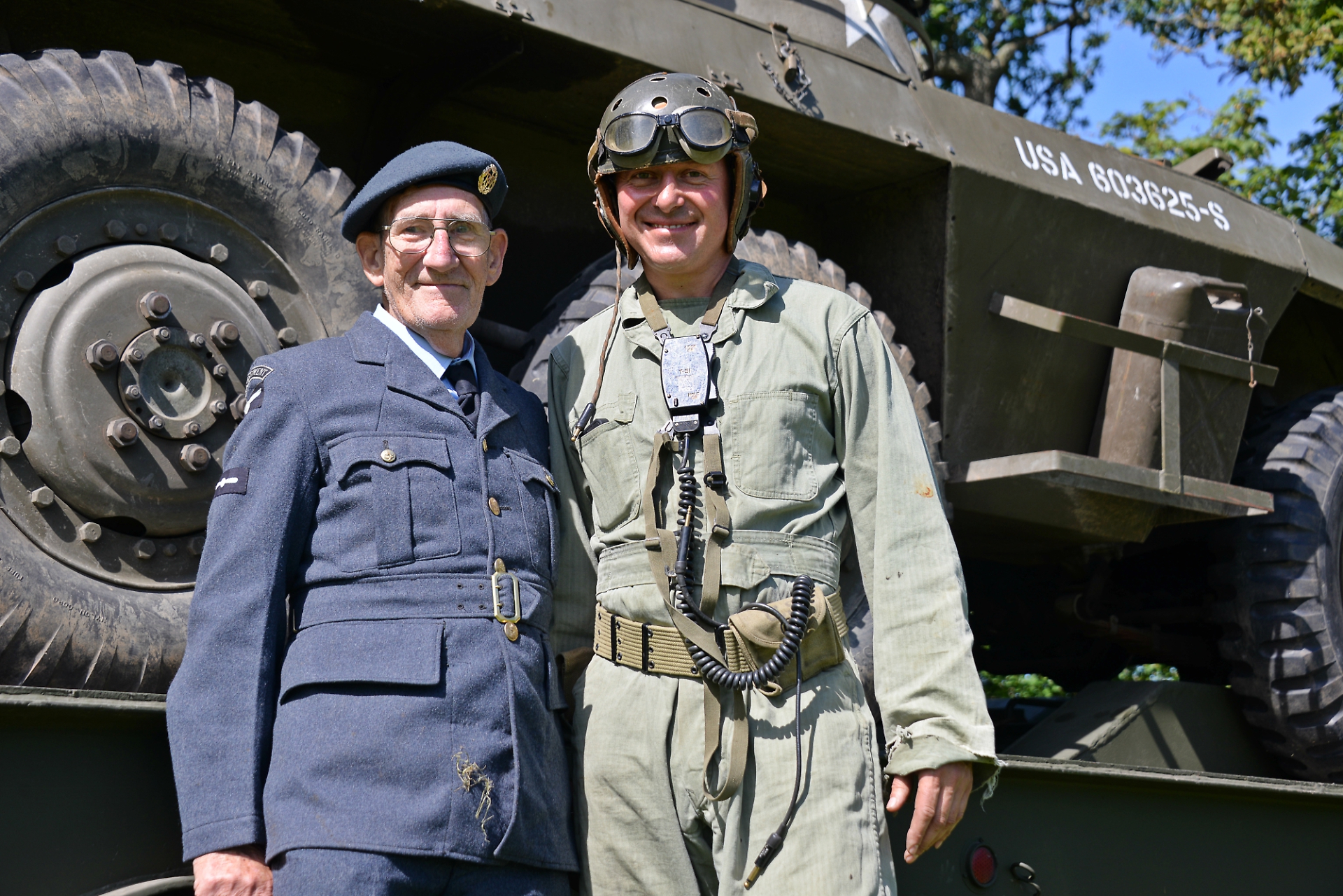 There were two battles on both days, the first of which involved German soldiers storming the estate’s watermill, which featured in the 1976 film The Eagle Has Landed, and taking Allied soldiers hostage.

Another group of Allies then arrived and drove the Germans back into the woods. They fired blank ammunition which made the same noise as live bullets and several explosions were set off in the mill pond to simulate mortar strikes.

In the second battle Allied troops drove Germans into retreat across open countryside.

They were followed by a number of restored Second World War vehicles, including an M8 Greyhound armoured car driven by Nigel Stoate, the joint organiser of the weekend.

Mr Stoate stood atop the turret firing a machine gun while the driver fired blank shells from the main gun and explosions were set off on the “battlefield”. 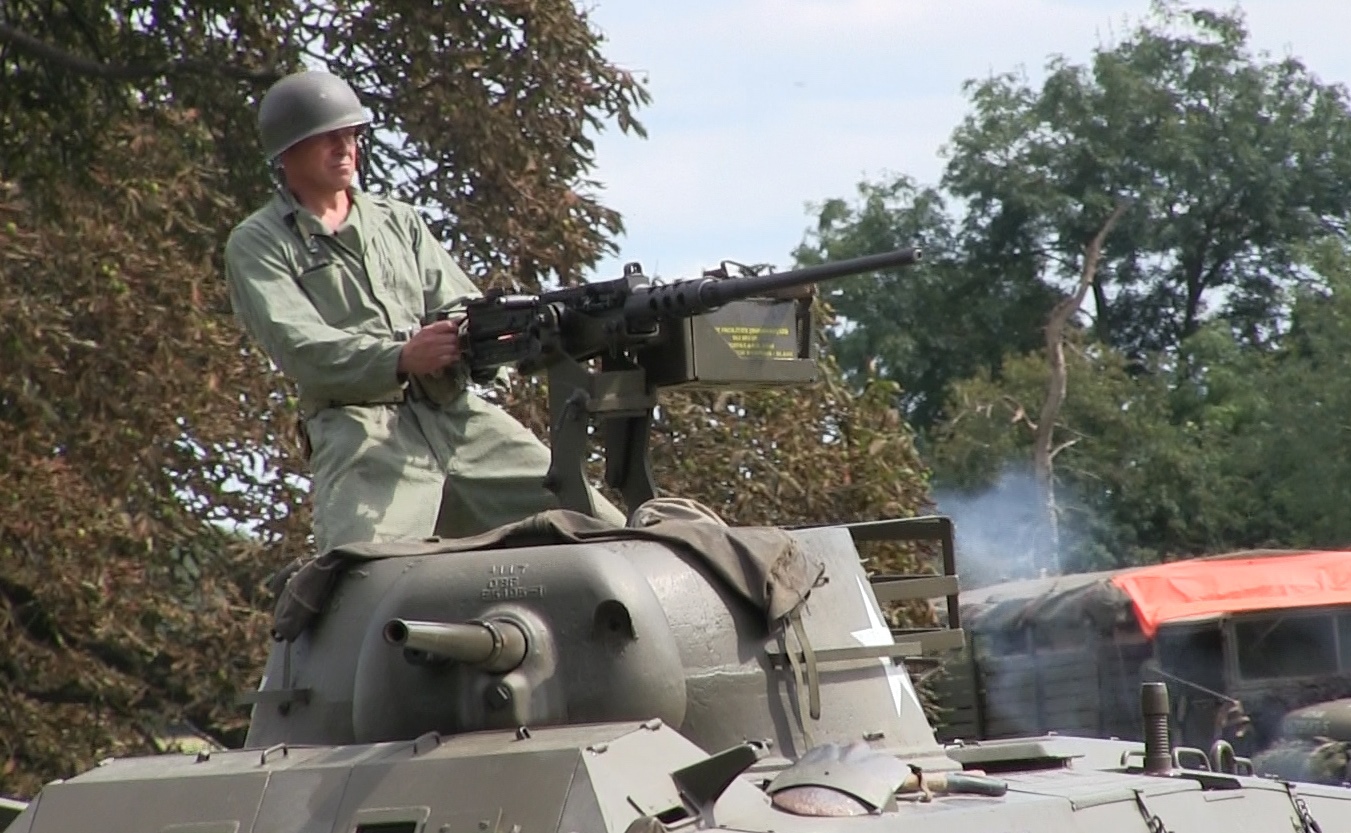 Other attractions included a parade by the Oxfordshire Home Guard, who demonstrated their rifle and gas mask drills, and an amphibious vehicle display featuring Allied DUK-Ws as well as Schwimmwagens, their German counterparts.

There were performances by Forties-style singers and a jive dancing workshop while Jill Vallis, from Sonning Common, gave talks on rationing.

Christine Wallace, who appeared on the 2013 series of the BBC’s Great British Bake Off, gave a workshop on baking a Lord Woolton pie. This was named after Britain’s wartime food minister and was made with just vegetables, stock and a basic pastry.

She said: “Although I do lots of demonstrations up and down the country, this was quite a challenge.

“It was fascinating to research wartime cooking and discover what you can actually do with very little. People have been amazed with the results and it made me feel quite gluttonous about the way we eat now.

“It’s worth noting that people did eat well back then. Despite the limited range of ingredients, there was never a problem with malnutrition.” 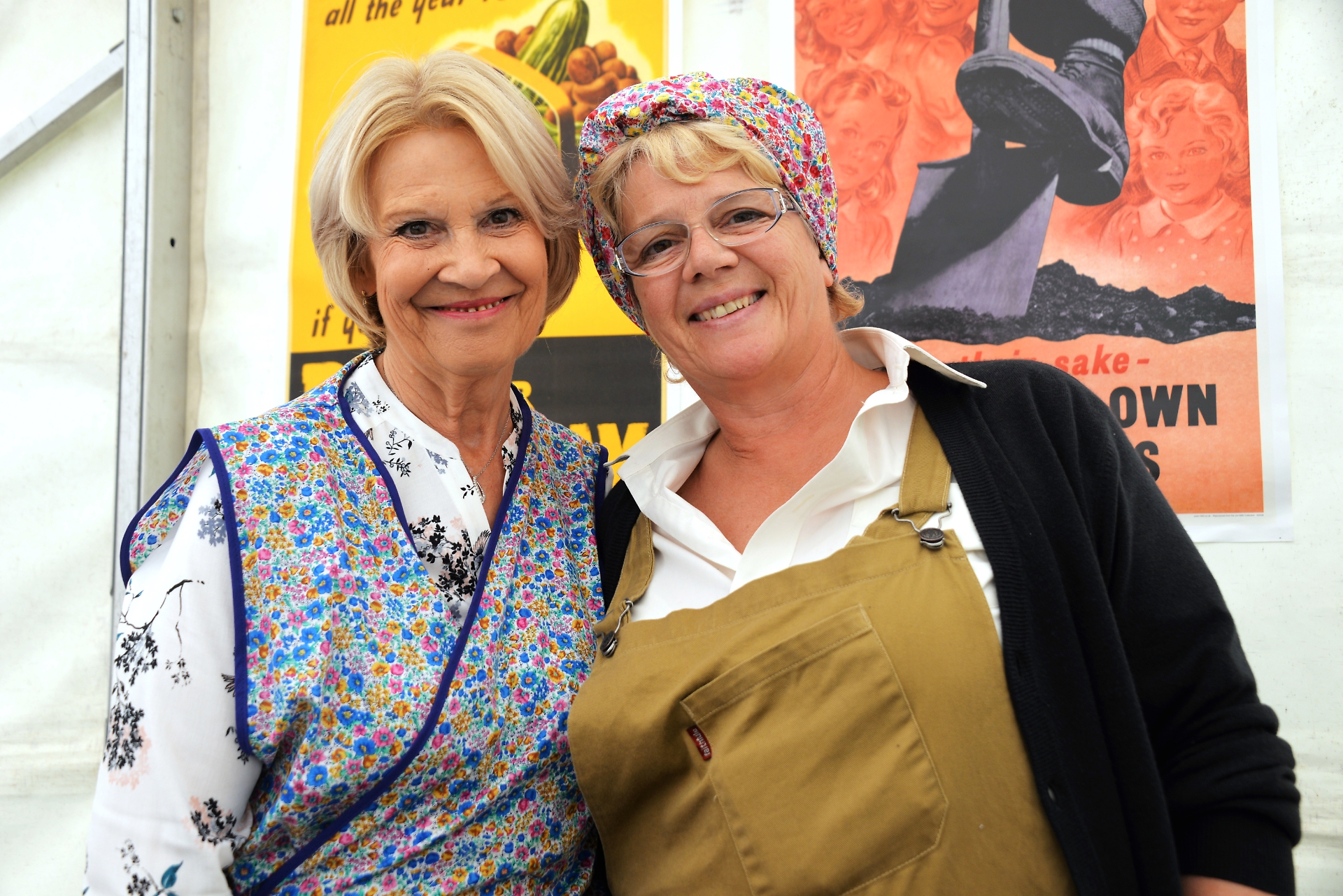 The weekend was launched by the Mapledurham Estate in 2013 and used to take place over the Easter weekend. The estate was not going to run it this year so a group of enthusiasts stepped in.

Mr Stoate, who lives near Reading, said: “It’s such a beautiful estate and we’re very glad to be keeping the event going. They didn’t have the capacity to run it themselves but it’s the perfect location for a weekend like this.

“We felt that we couldn’t just let it stop. It’s one of the best shows of its kind in southern England and given that we had some experience of running it in previous years, it made sense for us to step in.

“All our vehicles and equipment are from the Second World War and we think it’s really important to keep that history alive because none of it is being manufactured any more. We enjoy educating people about what it was actually like at the time. Considering that we only picked it up late in the day, attendance was pretty good and we’ve learned a lot of lessons for next year.

“We were a bit worried about the weather as it was wet during the week but fortunately the sun came out and we couldn’t have asked for better conditions. We’ve had a lot of local support and everyone has really enjoyed it.”