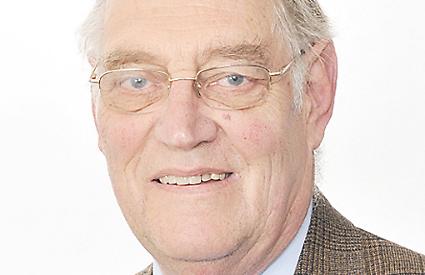 A HENLEY town councillor has reportedly been suspended by his party after blaming the recent storms and floods on the legalisation of gay marriage.

David Silvester, who represents the UK Independence Party, claimed the law was contrary to the gospel.

He has been criticised both locally and nationally. About 20 people attended a protest outside the town hall on Saturday demanding Cllr Silvesters resignation.

Speaking on Sunday afternoon, a UKIP party spokesman said the party had suspended the councillor.

Cllr Silvester, who joined UKIP almost exactly a year ago after leaving the Conservatives in protest at the legalisation of gay marriage, blamed Prime Minister David Cameron personally.

In a letter to the Henley Standard, he said: Since the passage of the Marriage (Same Sex Couples) Act, the nation has been beset by serious storms and floods.

One recent one caused the worst flooding for 60 years. The Christmas floods were the worst in 127 years. Is this just global warming or is there something more serious at work?

The scriptures make it abundantly clear that a Christian nation that abandons its faith and acts contrary to the Gospel (and in naked breach of a coronation oath) will be beset by natural disasters such as storms, disease, pestilence and war.

He said he had warned Mr Cameron that the new law would result in disasters, adding: But he went ahead despite a 600,000-signature petition by concerned Christians and more than half of his own parliamentary party saying that he should not do so.

Now, even as Cameron sheds crocodile tears on behalf of destitute flooded homeowners, playing at advocate against the very local councils he has made cash-strapped, it is his fault that large swathes of the nation have been afflicted by storms and floods.

He has arrogantly acted against the Gospel that once made Britain great and the lesson surely to be learned is that no man or men, however powerful, can mess with Almighty God with impunity and get away with it for everything a nation does is weighed on the scales of divine approval or disapproval.

She said: It seems like an insane thing to comment on, especially when you are representing a demographic in Henley where youve got different cultures, ethnicities and sexual orientation.

Its very disturbing that weve got that kind of person in power representing us because I dont think he represents the majority. I posted the letter on Facebook on Friday night and Ive never had so many comments or disgust about what he had said.

Jane Clubb, 43, of Victoria Court, said: He calls himself a Christian but Im a Christian too. Christians love thy neighbour and we love everybody. It doesnt matter where youre from or what you do, we should not be judging people.

Theres only one person that will come to judge and that is God and nobody else has the right to do that.

Pamela Myles, 48, of Reading Road, said: I was incensed. It just seems to be inciting hatred. I was shocked that someone could think this way.

Henley MP John Howell said Cllr Silvesters comments were completely wrong. He said: It was very good of the Henley Standard to publish the letter because it shows the rest of Henley exactly what they are dealing with and why they should have nothing to do with him.

The issue of gay marriage is over and is now legal. Im not aware that UKIP are going to reverse the changes so I dont know what hes complaining about. The sooner he gets off the scene the better.

Theres absolutely no place for that sort of attitude in todays world. He really needs to consider his position.

UKIP leader Nigel Farage said the party would purge any candidates with extremist views ahead of the European and local council elections in May.

Cllr Silvester, a retired Shell worker who was elected in 2010, said he stuck by his views.

He said: The Conservatives are known as the party of the Queen. The Queen in her coronation oath promised to only to pass those laws that are consistent with the Christian gospel.

There is a command to love all men and I hope I love all men but we are also taught to love the person but hate the sin.

There will be more news and reaction on this story in next weeks Henley Standard.