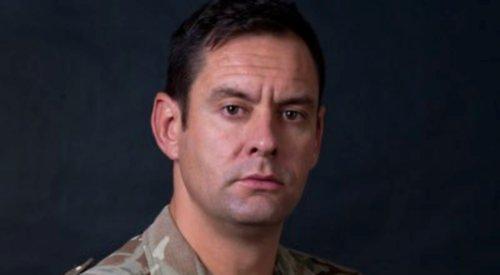 Eleven Nivelle Company senior cadets from the Oxfordshire Army Cadet Force were invited to this meeting by their company commander as a treat, The cadets should be commended for all their hard work as they have been producing material for an online learning platform (Google Classrooms) for other junior cadets to use.

The meeting itself, held on the video conference application Zoom, gave the cadets a chance to discover more about leadership within the army.

Sgt Maj Paton shared his own experiences as well as providing advice on being an effective leader.

The fireplace format offered an open discussion with contributions from everyone, adding an engaging atmosphere.

This rare event was inspirational, giving the cadets guidance and suggestions to help them develop not only in their cadet career but also in life.

She said: “I look forward to putting the skills and advice provided into practice within the cadets.

“On behalf of the senior cadets in Nivelle Company, we would like to say a massive thank-you to Sgt Maj Paton for this incredible, transformative opportunity.”

To join the cadets or become an adult volunteer, email AUO Mel Haynes at 3360haynes@armymail.mod.uk