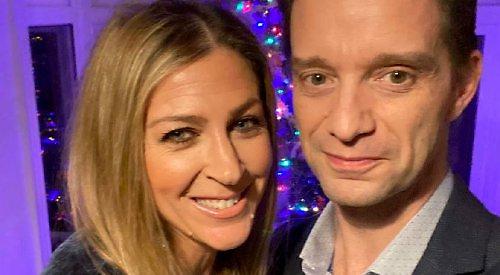 A PROFESSOR from Sonning Common wrote and performed a Christmas song for charity.

He wrote the lyrics and tune in about two weeks and played all the instruments on the song as well as singing on it with three friends.

The track was recorded in the studio at his home in Grove Road, where he lives with his wife Amy and sons, Jamie, nine, and George, eight.

Prof Cosh, 47, who is the director of division, computing, engineering and mathematical sciences at the University of Kent, raised £252.

He said: “It was really nice to see all that money raised — what a great Christmas present.

“Initially, I would have been thrilled with £100 but a lot of people put in £40 or £50 quite quickly so I notched the target up a bit so people didn’t stop donating.”

Prof Cosh, who has lived in the village for about six years, has been writing songs and performing at open mic nights for about 30 years.

This was the second time he had raised money for charity with one of his own compositions.

He said: “I was just playing around on the guitar when I had the idea. At Christmas time lots of people think about chestnuts roasting on a fire or jingle bells or Santa bringing gifts but there’s also the part about Jesus and that means a lot to people.

“ I wanted to put these things together in a song but instead of just putting the song out there, I thought, given the time of year, ‘Why not raise some money?’

“The charity always speaks to me at Christmas time as homelessness is always a problem but it hits home a bit more during the holidays.

“I created the Just Giving page and said to people, ‘If you like this song donate to this cause instead of sending me a Christmas card, for example’.

“We’ve done something that helps people and I’m just over the moon.”

Prof Cosh put the song together on his computer and created a lyric video for his friends to sing along to for the choir section of the track.

“I’ve done the choir effect once before,” he said. “That song was called Sit With Me and it was for charity too. I had about 15 people singing on that one.

“I was raising money for Mind, which is a mental health charity, and it was about mental health. It came out at the end of February 2020 and then the world collapsed so no one was really thinking about that. I only raised about £100, which is a shame as it was a good little song.”

Prof Cosh plays a number of instruments, including the guitar, piano and trumpet.

He said: “I’ve been performing for more than 20 years. I used to run an open mic night in London, which is where I met my wife in 2003.

“I’ve had music in my life since I was a kid. I played the trumpet mostly and my dad Paul made a living out of playing the trumpet.

“He had a freelance career playing on records with Elton John and George Michael and on movie tracks.

“I was a pretty good trumpet player but I was never going to have the career my dad had.

“For a little while I played in a worship group in a church in Shiplake and that’s where the church flavour from the song comes from.”

His wife is also a musician who trained in classical opera and sometimes sings on his songs.

Prof Cosh said: “We didn’t have enough time to sing together for this one, so were both disappointed.

“She always says, ‘Oh, you’re doing another tune, do I have to be on it or not? That’s the truth but it’s also that we enjoy it and she likes this song.

Prof Cosh also wrote a Christmas song about the weather as for a number of years he has been posting on Sonning Common Facebook groups to let residents know the forecast.

He said: “In my previous job, I worked at the University of Reading and I ran the school of mathematical, physical and computational sciences.

“Within that was the department of meteorology and I spent all day working with meteorologists, some of whom live in the village, too, so I thought it would be funny to just post saying, ‘It’s raining today’ when they do world class science in registering the climate.

“I thought it would be a little bit of fun and it just became a thing that people seemed to respond to so I kept doing it just as a bit of fun and to add some community spirit.

“Sometimes I bump into people in the village and they say, ‘Oh, you’re the weather guy’.”

Professor Cosh hopes to contribute to the village’s summer fete in June to mark the Queen’s platinum jubilee.