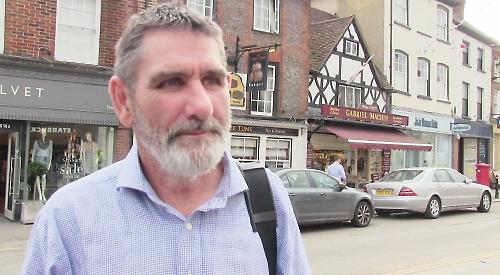 THE Deputy Mayor of Henley has resigned from the ruling party following a disagreement over bins.

Councillor David Eggleton announced he would be standing down from Henley Residents Group (HRG) during a town and community committee meeting on Tuesday evening.

He will now stand as an independent councillor, having been re-elected in May 2019.

The committee discussed two seperate ideas, designed to improve the appearance and capacity of bins in the town, which were both passed against councillor Eggleton’s advice.

The first proposal was to spend more than £19,000 replacing the 22 heritage litter bins in Henley with slightly larger ones.

Councillor Eggleton viewed this as a waste of money and said the cast iron material of the 16 original bins would have a much longer lifetime if they were properly maintained.

In comparison, refurbishing the bins would have cost £6,000, but the committee agreed to replace them by five votes to three, with one abstention.

The second scheme was a six-month trial for two solar-powered compactor bins. These would be located outside Cook, at top of Friday Street, and opposite the Angel on the Bridge pub.

The Henley Society, a heritage group, will pay half the fee and councillor Stefan Gawrysiak agreed to fund the rest using his Oxfordshire County Council councillors’ grant.

A five-member motion opposing the scheme was submitted by councillor Eggleton, along with Will Hamilton, Lorraine Hillier, Ian Clark and Laurence Plant.

The trial was approved by six votes to two, with councillor Eggleton unable to vote having left the virtual meeting after he announced his resignation from HRG.