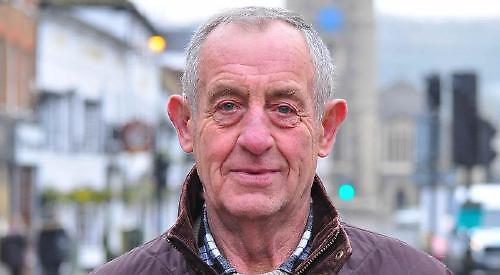 A CAMPAIGN to stop heavy goods vehicles using Henley as a “rat run” has been criticised by a town councillor.

Ian Clark (pictured), an experienced HGV driver, said lorries had been passing through the town for decades without causing any problems.

He said that the campaign launched by Bell Street resident Amanda Chumas for a 7.5-tonne weight limit to restrict HGVs was only getting off the ground due to the coronavirus pandemic.

Councillor Clark, a Conservative, told a meeting of the town council’s transport strategy group that if residents had a problem with lorries coming through the town they should move house. He also said that comments about HGVs causing excess deaths from air pollution were “rubbish”.

Cllr Clark said: “I have had 40 years’ experience of driving heavy good vehicles and I’ve never had a problem driving through Henley.

“I’ve driven a 50ft trailer with a drilling rig on it around New Street, Reading Road, over the bridge and Greys Road and nobody has ever been injured in these places.

“Heavy lorries have been coming through Henley for more than 100 years and nothing has ever fallen down.

“I might suggest to Mrs Chumas that if she doesn’t like it, move out of Henley. She has been there nine years and kicks up one year when we are in covid.”

Residents living in Bell Street and New Street have raised the problem of HGVs for years as the vibrations from the vehicles shake their homes.

Environmental campaigner David Dickie told the committee that he had witnessed this first hand and people should not have to live in such conditions.

He said: “When I first started on this, I chatted with Amanda in her front room and you feel the lorries as they go through. I am amazed she stayed there.

“All the people in New Street have signed a petition and have posters in their windows and they are all suffering terribly. The lorry drivers — a lot of them are careful, some of them aren’t — but I don’t care, you should not have to live in conditions like that.”

Patrick Fleming, a member of the committee and the environmental campaign group Greener Henley, said that large vehicles posed a safety risk to residents.

He said: “Not everyone is as careful as you, Ian, and these are people who have probably driven up from Dover who are on long shifts and I think we could do without them.

“We could do with them sticking to the M40, the M4 the A43 — those are the strategic roads that can take the traffic through and around South Oxfordshire.”

Councillor Ian Reissmann said that the Department for the Environment, Food and Rural Affairs reported that 45,000 people in the UK die prematurely each year as a result of air pollution, primarily caused by HGVs.

He said: “If you extrapolate that downwards to Henley that means about nine people in Henley die every year prematurely as a result of air pollution but, of course, it will be a lot more because we have 10 streets covered by an air quality management area.

“If Ian Clark has been an HGV driver around Henley for 40 years then that’s 360 people he has been part of killing. I’m sorry to put it so bluntly but 45,000 people every year — that’s about half of covid.

“Three people were killed in the early Nineties — one person was killed in the town centre by a large HGV which didn’t realise it had hit anyone and was stopped 10 miles down the road.

“Air pollution is a serious matter. I lived two doors down from Amanda Chumas for 20 years. I greatly admire the work she has done.

“When you live in one of those streets the whole house rattles. If you clean your windows, the next day they are covered in black soot and that black soot is going in people’s lungs and it’s killing people.”

Cllr Clark replied: “You are talking rubbish — you are just warmongering.”

A motion calling for the 7.5-tonne limit on Henley Bridge will be put to Oxfordshire County Council, the highways authority, next month. This would prevent big lorries from using Henley as a short cut but those delivering to the town and immediate area would not be affected. 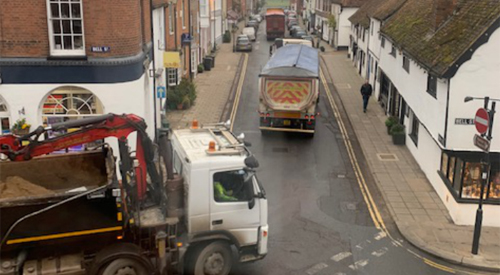 Almost 2,500 residents have signed an online petition in support of the campaign. Parish councillors from Bix and Assendon, Nettlebed, Kidmore End, Sonning Common and Rotherfield Greys have also indicated their support.

The environmental traffic regulation order, which would cost about £125,000, would be enforced using automatic number plate recognition cameras.