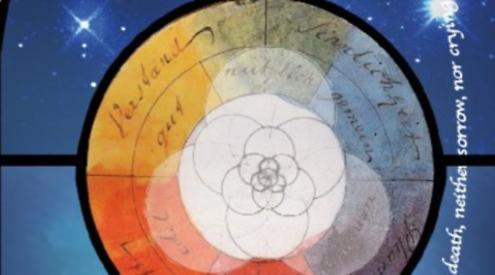 A NEW stained-glass window is to be installed at Dunsden church to commemorate First World War poet Wilfred Owen.

The design by artist Natasha Redina was chosen by a popular vote from a shortlist of five drawn up by a judging panel that included Eye and Dunsden Parish Council chairman David Woodward.

It had already won this year’s Stevens Competition, which is run by the Worshipful Company of Glaziers and Painters of Glass and attracted 14 entries.

The new window is an initiative organised by the Dunsden Owen Association, which celebrates the life and work of the poet.

It will commemorate the period when he lived in the village from 1911 to 1913 and was starting to find his voice as a poet.

A tall “lancet” window, Ms Redina’s design features Owen writing in a notebook, a map of the parish, geometric patterns based on snowdrops and words from his poem Deep Under Turfy Grass and a line from Revelations. Ms Redina, who studied fine art and sculpture, said she had tried to capture Owen’s response to tragedy.

She said: “He did not shy away from looking at the pain and meaninglessness of death; he took his raw emotions and transformed them into poems, which still speak to us to this day. The main theme of the window is healing and transformation.”

The association has raised £27,000 from donors and public subscription to pay for the window, which will be installed at All Saints’ Church in November next year to coincide with the anniversary of Owen’s death in 1918, just days before the end of the war.

Councillor Woodward said: “It is very thrilling and we are delighted. It’s going to be great. We said in the brief that we wanted a contemporary artwork that was of our time and would last for hundreds of years and that’s exactly what we have.”

He is a graphic designer, who used to teach in Reading.

“That was one of the reasons I was asked to be a judge,” said Cllr Woodward. “It was a wonderful experience.”