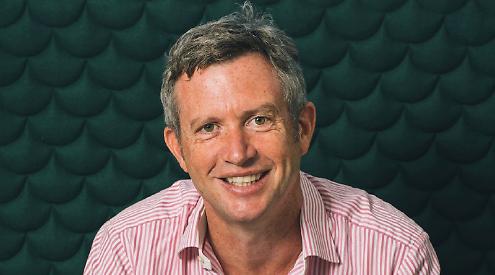 THE founder of Ella’s Kitchen has been appointed chancellor of the University of Reading, the ceremonial head of the university.

Paul Lindley, who lives near Henley, is recognised as one of the county’s leading entrepreneurs.

Mr Lindley, who will be installed in July, is the eighth person to hold the position in 96 years of the university.

He takes over from former minister Baron Waldegrave, who has held the post since 2016.

Mr Lindley said he felt honoured to accept the role.

“The university, including the Henley Business School, has a worldwide reputation for exceptional research, knowledge and expertise that offers solutions to so many of the world’s critical challenges.  I will seek to be an ambassador for this work, a guardian of the university’s values, a challenger to grasp its tremendous opportunities and a voice for its amazing diverse community.

“As the university approaches its 100th birthday, I am looking forward to working closely with everyone to ensure that its next century is built on a culture of belief that a better world is possible and a confidence that equips its students, staff and alumni with the skills and vision to lead in delivering it.”

The university played a role in the early development of Ella’s Kitchen, helping the company to develop through knowledge transfer partnerships that involved academic expertise from Henley Business School and the Department for Food and Nutritional Sciences.

Mr Lindley now plays a leading role in seeking social, economic and educational justice. He founded and chairs Robert F Kennedy Human Rights UK, chairs the Mayor of London’s child obesity taskforce and sits on the board of the US media and education giant Sesame Workshop, creator of Sesame Street.

He was awarded an honorary doctorate from the university in 2013 and was appointed Officer of the Order of the British Empire in 2019 for his contribution to the British food industry.