Winery’s award for liqueur with taste of Sicily 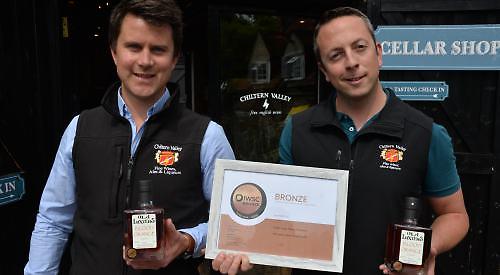 A WINERY and brewery near Hambleden has won an international award.

The liqueur, which was created in 2013, is made with blood orange juice from Sicily, where the fruit is grown at the foot of Mount Etna, combined with a number of ingredients, including sugar. A fining agent is used to clear the liquid of heavy particles, which settle at the bottom.

It takes about four weeks before the liqueur is ready to be bottled, which is done by hand, and another month to ensure it has settled properly.

The winery produces 1,000 litres in a batch, enough for about 2,000 bottles, and makes between 4,000 and 5,000 litres a year. Don Ealand, who owns the business, said: “I am over the moon. We haven’t won awards for so many years and it’s the first time we have entered this liqueur. It has got a huge following and people absolutely love it so we sell a lot of it.”

Head of production Neil Griffin said: “There were around 10,000 wines and spirits entered this year and 3,000 entered in the spirits and liqueurs category. We wanted to show that we’re still producing world class wine and liqueurs.”