Blame it on Bognor Regis 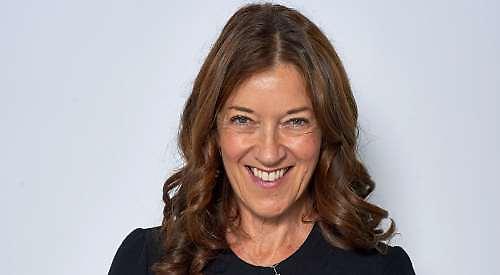 HENLEY LIFE journalist Cindy Burrowes started by asking Victoria about her connection with Greece, given so many of her books are set there.

Victoria said that although she has no blood connection, when she’s in Greece she has an instinctive sense of being “home”, a feeling she can’t quite explain.

She joked that she blames her passion for Greece on Bognor Regis after too many family holidays spent on a pebble beach looking at a brown sea.

Going to the Greek island of Paros for the first time in 1976 had been a “revelatory experience” and since then she has gone to Greece every year, has a house there and has even learned the language.

Victoria’s latest book, Those Who Are Loved, is set during the Nazi occupation of Greece and the civil war that followed. It was a dark time in the country’s history that many Greeks are still unwilling to talk about.

Cindy asked about the title of the book. Victoria explained the title came fairly late but she wanted it to express positivity, that ultimately there is a redemption. The line comes from a poem written by Greek poet, Yannis Ritsos, in turn inspired by a 1936 photograph of a mother grieving for her dead son.

Cindy said she loved how the book celebrates the Greek family centred around the dining table. Victoria said she felt the dining table was the single most important piece of furniture in a Greek household — the place for sharing food even when they may be divided in other respects.

Audience questions included Victoria’s view on whether the Elgin Marbles should be returned to Greece (answer: possibly, if it is free to see them, as it is currently in the British Museum) and what she reads when she’s not writing.

Victoria said that as one of the judges of The Sunday Times Young Writer of the Year Award, she is excited about the extraordinary talent on display.

Afterwards, the Bell Bookshop team were on hand with copies of the book for audience members to purchase and have signed by Victoria. Now I’ve heard Victoria talk about the book, I can’t wait to read it.