Headteacher who led school transformation to move on 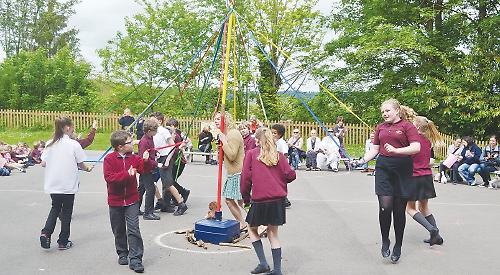 A HEADTEACHER who has led the transformation of a Henley school is to leave at the end of the summer term.

Jacky Steele, who has been at Badgemore Primary School in Hop Gardens for almost three years, is moving to a school in Reading.

Ms Steele, 54, who lives in Lower Earley, decided to make the move to support her son, Louis, who will be starting his GCSEs in September.

During her time at Badgemore, the school’s Ofsted rating has gone from “requires improvement” to “good”.

Ms Steele said: “It has been three years and I feel I have done what I set out to do.

“I’ve had the best time and it has been an incredible journey. There is a remarkable team here and the work that has been done is far bigger than me.

“The team is the thing that will stay with me. The job has been great but it is all-consuming so now it’s time for a change and it allows me to be closer to home.”

Her new post as headteacher of the Ridgeway Primary School in Hill Brow, Reading, means she will be closer to home so will spend less time commuting.

Ms Steele said: “My son is going into his GCSE year so I feel I need to be closer to home. It will make a real difference because at the moment I can’t go home if I have an evening meeting.

“The new school is closer, which means I can check on my boy, get him some food and make sure he is doing his homework.”

Ms Steele, who is originally from Preston, joined Badgemore from Alfred Sutton Primary School in Reading in April 2014. She has spent most of her working life in teaching, including spells in Nottingham and London.

She will take up her new post in September and a new head should start at Badgemore at the same time.

Ms Steele said: “I will be involved with the candidates and help them when they come to look around the school. People are already making appointments to come in.

During her time at the school, Ms Steele has introduced a new uniform and logo, ensuring the children and their parents were involved in the process, and overseen the opening of a multi-million pound extension.

Ms Steele said that when she arrived at Badgemore it was clear to her that the children “deserved better”.

“My primary aim was to improve outcomes for the children and I feel we have done that,” she said. Ms Steele said she would have lots of happy memories from her time at the school, including the winter and summer fairs, sports days and other community events.

She said one of her most memorable moments was having to hold the school’s Maypole in place during its May fair in 2015 as it was threatening to topple over while the children were dancing.

Kevin Jacobs, chairman of the school’s governors, said: “Jacky has been a truly wonderful and inspirational headteacher for Badgemore.

“She has played a key role in the continued growth and success of the school over the last few years and the attainment of our ‘good’ Ofsted rating.

“Pupils, parents, staff and governors will miss her very much but we wish her all the very best for the future.

“We are now looking for our next headteacher to build on these strong foundations and to continue to take the school forward.”