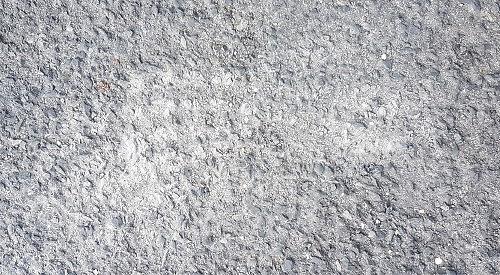 A TRADESMAN is more than £10,000 out of pocket after thieves stole all the tools from his van.

Matthew Martin, of Lea Road, Sonning Common, says he will have to pay for new ones as they weren’t covered by either his home contents insurance or his employer’s policy.

He had saved up to buy a lot of the equipment over many years and says he will struggle financially to replace it but needs to work to earn money.

The thieves struck in the early hours of Thursday last week when his white Ford Transit was parked in Luker Avenue, Henley.

Mr Martin, a carpenter, plumber and plasterer, was carrying out work at a relative’s house and had stayed overnight. He returned to the van to find the locked side and rear doors had been prised open and every tool had been taken and their empty cases left behind.

Mr Martin had painted or etched his initials into some items but says the thieves could probably remove this. He reported the theft to the police and forensics officers were sent out as the culprits had left boot prints in plaster dust and possibly a handprint on a tool case.

Mr Martin, who is married with four children, said: “As I was walking towards the van I could see the door was slightly ajar. My heart sank and I opened it to see that, as I thought, I’d been cleaned out.

“This is the biggest kick in the teeth in a long time. They’d taken all of my cordless stuff and even my lunchbox, which I really couldn’t believe. It is absolutely devastating and I’m having to beg and borrow whatever is available to get by.

“It’s a nightmare financially and I wouldn’t wish this on anybody. This will end up costing astronomical amounts — I haven’t added it all up yet as I can’t bear to think about it.

“They’ve taken some hand tools that my grandfather gave me when he retired and you can’t put a price on that.

“My mum bought me a new drill and circular saw but that’s all she can afford. A good friend has offered to lend me money but, of course, I’d still have to pay them back so it’s far from ideal.

“My brother-in-law is also a carpenter and is looking at how he can help, so hopefully I’ll be back on my feet soon.

“There should really be harsher punishments for people who do this because they ruin people’s livelihoods. They might as well have stolen food from my kids’ mouths.

“I keep thinking if only they’d bring them back then I’d thank them with no questions asked, but I know that’s not going to happen.

“The worst thing is, those tools meant the world to me and the thieves have no idea of their value. You start out with cheaper tools and buy better ones over time and they’re a sign of the pride you take in your work. Now they’ll probably just get sold down the pub for £20.”

Mr Martin, who has been a tradesman since 1998, said there was another tool theft in Luker Avenue about a month ago and warned other tradesmen to be vigilant.

He added: “It’s so easy to get into a false sense of security because you never think it’s going to happen to you.”