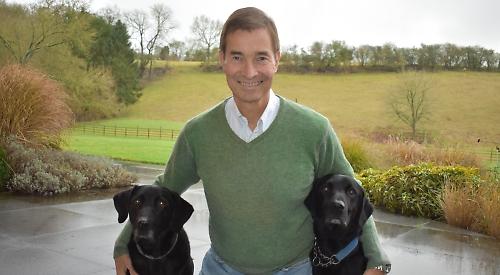 A MAN who has helped thousands of children to play sport has been made an MBE in the New Year’s Honours.

Tony Mallin, who lives in Skirmett, received the honour for services to young people through sport.

He founded Youth Experience in Sport, a charity that aims to bring at risk young people into active sport in deprived areas of London.

It has provided more than £350,000 in financial support to boxing, canoeing, rowing, judo and martial arts across six London boroughs.

Most of this money has been donated by Mr Mallin, or raised through his own efforts, and his initiative is estimated to have benefited thousands of children since the charity began.

Mr Mallin, 64, grew up on a council estate on the border of Hackney and Islington and had a successful career at Hambros bank before founding his own private equity firm, Star Capital Partnership.

He rowed at Henley Royal Regatta and won the Wyfold Challenge Cup in 1975 and the Grand Challenge Cup the following year, both with the Thames Tradesmen’s Rowing Club.

He said: "I’m extremely proud and it was totally unexpected. It’s a great honour.

“It’s very nice to have the recognition. This comes totally out of the blue and I never thought anything like this might happen.

“My life has completely changed from the heritage of my parents who were very much from a working class background. I wasn’t quite on subsidised school meals, but I wasn’t far off it.

“I think I’m reasonably proud of where I’ve got to. Now, what I really want to do, is make a difference to others.”