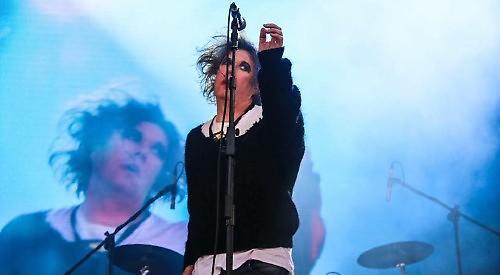 THE pub in Rotherfield Greys is to change hands for only the third time in just over 22 years.

Gary and Donna Clarke will take over at the Maltsters Arms from January 13.

They are succeeding George Thomas and Calum Miller, who have been at the Brakspear pub since September 2015.

It was previously run by Peter and Helen Bland, who moved to Torquay to start a bed and breakfast business after 17 years in the village.

The Clarkes, who have a 15-month-old son called Bowie, are moving from Windsor.

They have no experience of running a pub but Mr Clarke trained as a chef in France six years ago, having spent his career in education.

His wife worked in HR at the Ministry of Defence. The couple met 20 years ago when Mr Clarke was performing in London with his tribute band The Cureheads but did not get married until last year.

Mr Clarke said: “We are very excited about it. The current owners expressed an interest in passing on the tenancy a few months ago.

“We looked at three or four other places but they didn’t really have the suitable accommodation that we needed for our family. It is important that they are happy here because this is a long-term investment.

“The character of the building and our vision of what we could make of it was what attracted us to it. It is also not that far away from Henley and we thought it would be the perfect place for cyclists to meet and to get the community involved.”

He said he was passionate about cooking and trained with French chef Paul Bocuse in Lyon.

Mr Clarke said: “I had always been interested in it but I was more academic and had never had the opportunity to do it.

“Being in France was tough. A lot of the places I worked in were quite high-end and we were not allowed to speak during service.

“But the experience has definitely translated into my cooking. Good home cooking in France is pretty much how British cuisine used to be many years ago.

“It is all about getting the best out of family recipes and slow cooking cheaper ingredients to get better results out of them.

“The Sunday lunch menu is something that we really want to develop to draw in customers not just from Henley but from further afield. We will also have homemade bar snacks, such as sausage rolls and pork scratchings, which are a little bit more traditional, and we have tried to match them up with the beers.

“Two or three existing staff will be retained and then we will be looking to employ more people as we grow the business.

“I will be looking to take on apprentices from local colleges and setting up a training programme. The chance to train young chefs is very exciting to me.”

The pub’s first celebration will be on January 24 and 25 with a Scottish-themed menu to mark Burns Night. This will include meat and vegetarian haggis, cock-a-leekie soup and whisky cranachan, a Scottish version of Eton mess.