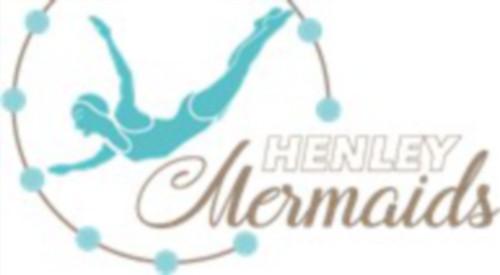 FIVE women who swam the Channel last summer have raised more than £34,000 for Henley Music School.

The Henley Mermaids swam 21 miles in relay between Dover and Cap Gris-Nez in northern France in less than 18 hours. When the challenge was completed, their fundraising total was about £27,000 but with gift aid and other donations, the final total has increased significantly.

The women chose the music school as Mermaid Laura Reineke founded the charity in 2010. The others are Jo Robb, Joan Fennelly, Susan Barry and Fiona Print. They are all members of Henley Open Water Swimming Club,

Ms Reineke, 47, of Damer Gardens, Henley, said the money would be put towards a permanent home for the music school. She currently runs it from home.

She said: “I want to have a safe place, a bit like a youth centre, where children can come. It would also be an after-school club and provide youth counselling and music lessons.

“I’ve had discussions with lots of community groups, such as the Henley Youth Choir, and everyone sounds keen.

“There is a distinct lack of places for people to hang out that don’t involve sport and this is about giving kids a full range of activities. It would be good to have somewhere in the centre of Henley.”

Meanwhile, the Mermaids are to attempt to swim the Bristol Channel in July. They would become the first all-female team to swim from Ilfracombe in Devon to Swansea.

Ms Reineke said their preparations had been affected by the lack of pool and sea training but she still felt confident.

They will be raising money for Sunrise for Brain Conditions, a charitable partnership that acts as an event and fundraising platform for charities that support four neurological conditions, including Huntington’s disease, Parkinson’s disease, motor neurone disease and multiple sclerosis.

This was chosen by Mrs Fennelly and the charities to benefit will include four in her native Ireland. Mrs Fennelly, 54, of Makins Road, Henley, said: “It was Fiona’s idea to do the Bristol Channel and we agreed to pick a different charity and I was told to organise that side of things.

“You tend to go back to things that you like and trust and there are two Irish brothers who set up Sunrise for Brain Conditions.

“The support for conditions like that in Ireland is much less than it is in the UK. There just aren’t the resources in the Irish health services, so they set up this partnership. What we decided to do was bring in four British charities covering these conditions as well.”