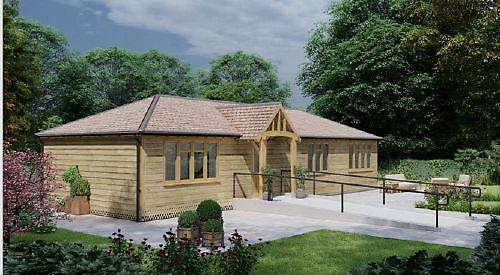 PLANS for four log cabin holiday homes in Woodcote have been rejected.

Marcellus Brown, from Harrow, wanted to build the two- and three- bedroom timber-framed buildings with hot tubs on half a hectare of land in Tidmore Lane, between Reading Road and the A4074.

A previous application for seven cabins was rejected last April.

South Oxfordshire District Council refused planning permission on the grounds the development would be out of keeping with the character of the site and its rural surroundings, would increase the risk of an accident involving a pedestrians in Tidmore Lane and would affect the amenity for neighbours.

Woodcote Parish Council opposed the application, saying the village had nothing to offer tourists and the cabins would damage the Chilterns Area of Outstanding Natural Beauty.

Twenty-three residents also objected, saying the lane was too narrow for the amount of traffic the holiday cabins would bring.

Planning officer Tom Wyatt said the new application had not addressed the previous reasons for refusal, despite the number of cabins being cut.

“The site lies adjacent to Masseys Pightle and in its current state has a very intimate relationship with this property and to Field Cottage to the north.

“Officers are concerned that the use of the site would result in significant adverse impacts on these neighbours.

“The economic benefits of the development would not outweigh the adverse impacts.”